Johnny Mitchell, 28, has been an ice addict for more than a decade.

Mr Mitchell was a FIFO construction worker on a West Australian mining site.

At work he stayed off the drugs but the moment he was back in Perth he binged, spending more than $500 a day on his habit.

By the time the plane was landing everything was already organised, with people meeting him at the airport.

“[They were] already there [and I went] straight into the toilet,” he said.

Mr Mitchell is desperate to beat his addiction and is getting an implant of naltrexone to cut his craving.

He is one of more than 300 ice addicts who receive the implants each year at the Fresh Start clinic in Perth, run by Dr George O’Neil.

“With amphetamine addicts, it just isn’t as enjoyable as it used to be and so the reward is reduced,” Dr O’Neil said of the implants.

“By reducing the reward it becomes much easier to give up the drug dependence.”

Dr O’Neil, a gynaecologist by training, pioneered the use of the slow release implants for heroin users about 15 years ago, and claims they can also effectively treat people addicted to crystal methamphetamine.

“We noticed 10 or 14 years ago that when we looked at the urines of the opiate addicts, many of them were using amphetamines, and they stopped their amphetamines as well as their opiates,” he said.

“The work here in Perth is just very practical work treating probably 300 people coming off the street with high-dose amphetamines, who’ve been caught on it for 10 or 15 years, and who just want to stop.

“And we’re seeing 70 per cent of them free of amphetamines 12 weeks later, due to the family, due to counselling, due to the implants and a combination of things together.”

‘The jury is still out’

However, Dr O’Neil’s techniques are expensive, controversial and have not been independently evaluated. 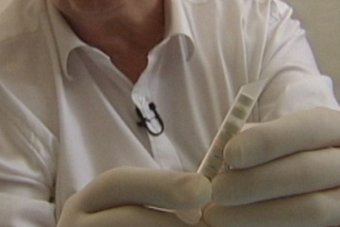 Photo: Naltrexone implants have been used to treat ice addiction.

“Naltrexone’s been trialled three or four times for ice addicts and it’s not really been shown to be particularly effective,” she told 7.30.

“It’s one of the promising interventions, but it’s not effective enough for enough people to be widely available.”

In 2012 a Sydney coroner found three patients being treated for heroin dependence died after having naltrexone implants at a Sydney detox clinic.

Dr O’Neil believes that was the result of bad practices.

“And it’s interesting that in Western Australia, the medical profession has been very in favour of naltrexone, and in the eastern states nobody’s really got a service up and running properly.”

Professor Gary Hulse is an addiction specialist at the University of WA and believes naltrexone research should be fast tracked.

“The Government needs to be more proactive,” he said.

“When we had a flu epidemic, when we had a swine flu epidemic, there were big pushes to find medication treatment, if they weren’t registered, to push them forward, to look at safety and to get them out to the community.” 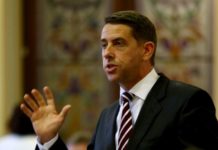 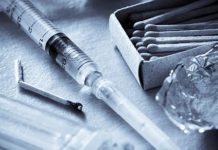