Plans for a specialised elective surgery eye centre for Modbury Hospital in Adelaide have been abandoned, the South Australian Government says.

Procedures such as cataract removal would have been performed there.

Health Minister Jack Snelling said other options were being evaluated after talks with key interest groups about other day surgery plans at Modbury Hospital.

He said the focus for the Lyell McEwin Hospital would be on emergencies and complex surgery.

The Minister promised the changes would reduce waiting times for operations.

“Currently orthopaedic surgery patients presenting on a Friday wait on average around 150 hours for their surgery,” he said.

“Under the new model, most patients will receive their surgery within 24 hours.”

“Under this realignment, Modbury Hospital will become the elective surgery centre for the north and north-eastern area, carrying out around 1,800 more elective procedures, including scopes, a year,” he said.

Modbury will still have an emergency department but Mr Snelling said only low-level cases would be dealt with there.

The Government also promised an improvement for breast services at Modbury, saying a one-stop arrangement would ensure women had access to a breast surgeon, a radiologist and a breast care nurse.

Mr Snelling said the relocation of services was expected to start next year, as part of the Government’s wider Transforming Health overhaul. 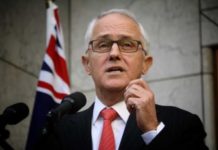 Family pays $40k for surgery after delays at public hospital