The nation’s top health funds have backed a federal review of Medicare, saying Australia’s healthcare system is plagued by ineffective and unnecess 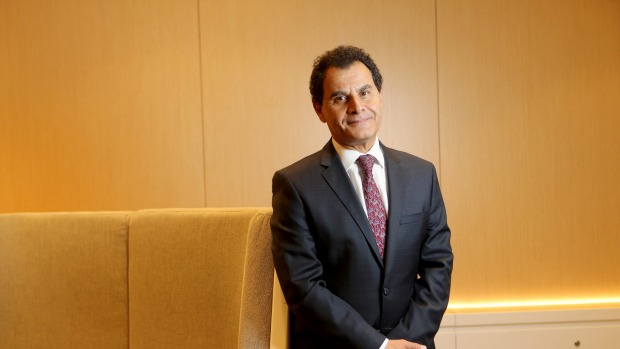 The nation’s top health funds have dismissed the doctors’ lobby’s objections to a review of Medicare, saying the healthcare system is plagued by ineffective and unnecessary medical procedures and desperately needs reform.

AMA president Brian Owler came out swinging at Ms Ley, demanding that new items are considered for the MBS and accusing her of using the review to “cut health funding and health services” and “publicly attack the medical profession”. Ms Ley said on Monday that the healthcare system “does need a good spring clean”.

He said  a whole industry has emerged that encourages healthy people to have regular diagnostic check-ups they don’t need.

Only some screening needed

“If we look at the public health evidence, there is an argument for screening the bowel, for breast screening and cardiovascular screening. There is virtually no evidence that anything else needs routine screening,” he said.

Bupa covers just over 3.9 million Australians, a little more than 27 per cent of the market.

Dr Crombie said more than 90 per cent of diagnostic knee arthroscopies, and almost half of all spinal fusions for back problems, are “a waste of time”.

He also criticised the exorbitant cost of prostheses, saying Australians are paying 40 per cent more than the next-most expensive developed nation in some cases.

“It is really like the cost of Apple products. We just accept that we in Australia pay a premium,” he said.

The MBS lists out-of-hospital services such as GP consultations, diagnostic and therapeutic services that are subsidised under the Medicare system.

The MBS review, launched in April, will assess the 5769 items listed on the schedule. Approximately 70 per cent of those items have not been changed since their introduction in 1984.

“The only way to ensure Australia can afford and sustain a high-quality health system is to make sure we regularly review practices and challenge the continued use of tests and procedures that produce no or little clinical value,” Medibank Private managing director George Savvides said.

He pointed to a report published by the University of Sydney in 2012 identifying 156 treatments and services listed on the MBS that were potentially unsafe or ineffective and that warranted further investigation.

“On behalf of our members, Medibank paid out $28 million dollars for just three of these low-value treatments in 2014 – arthroscopic surgery for knee osteoarthritis, radical prostatectomy and routine dilatation,” Mr Savvides said.

Mark Fitzgibbon, chief executive of nib, said there are “enormous questions to be raised about the appropriateness of care.

“We pay for things that all the scientific evidence suggests have no clinical efficacy and may in fact do damage,” he said.

“We are paying for treatment options the statistics say are unwarranted.”

He said patients in some parts of Australia are four times more likely to have a knee replacement than in other areas.

The nib boss said healthcare needs to get into the digital age and provide data and feedback to practitioners and users of healthcare on treatment options and outcomes.

He said the fact the health system is still 70 per cent public and has limited competition means the incentive to innovate has not been strong.

He pointed to nib’s Whitecoat platform, which he dubs “TripAdvisor for healthcare”, as a means to help bridge the information gap.

The platform lists 30,000 healthcare providers, such as dentists and doctors, and carries 100,000 patient reviews.