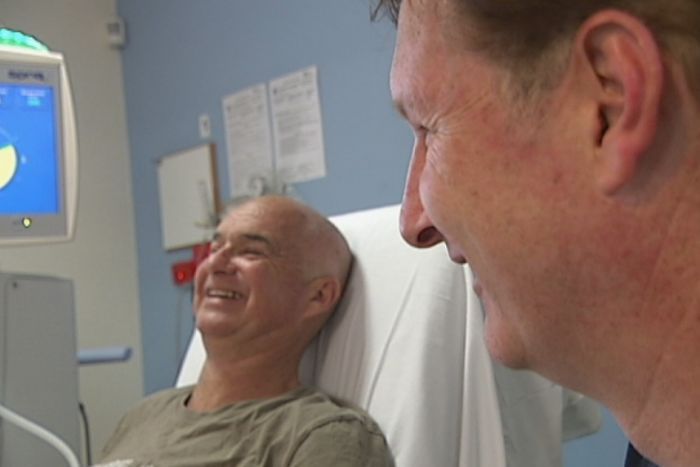 Alan Flippence considers himself a lucky man. He has been given a second chance at life thanks not only to his brother’s generosity, but that of a total stranger.

The medical magic was made possible by Australia’s paired kidney exchange program.

Through the program, Mr Flippence became one of 117 Australians who have received the gift of a kidney transplant and avoided a long wait on dialysis.

It means he can now spend more time with his wife Christie and three-year-old daughter Tillie.

“I think the world of the program,” Mr Flippence said. 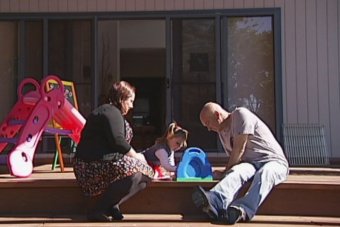 “I can’t thank them enough.”

Mr Flippence underwent a kidney transplant in his late teens.

As doctors had expected, it began to fail, but, in his case, the impact was dramatic.

He ended up in the hospital emergency department and was then put on dialysis four times a week.

The best option was a kidney transplant, so the family began the quest for a donor.

Alan’s brother Terry was tested, but his kidney was not a good enough match.

“We talked about the paired kidney exchange and at the start I couldn’t get my head around it,” Mr Flippence said.

But with the alternative of 5 years of dialysis while waiting for a kidney from a deceased donor, Alan decided to explore the possibilities.

Under the program, a recipient with a donor who is not compatible, like Mr Flippence, is matched with another donor-recipient pair in the same situation.

Donor kidneys are then exchanged.

The head of the program Professor Paolo Ferrari explained the exchange: “It’s like a match-making service.”

“By joining this program you don’t have to wait for a deceased organ donor and you can enjoy the advantage of having a functioning organ within a short period of time.”

Rather than donating a kidney to his brother, Terry Flippence would be donating to a stranger, but he agreed to take part.

Live donors’ kidneys work better and last longer and it means patients can get a kidney when they need a kidney, rather than wait for a deceased donor.

“It’s something you would do for your brother, and they told me there’s not going to be any long-term bad effects for me, so it’s fairly easy to make that decision,” he said.

On the day Alan Flippence received his new kidney, three donor-recipient pairs in three different states were involved in the exchange.

Timing was everything, with medical teams in the different states, airlines and couriers all working together.

Professor Richard Allen, who heads the RPA transplant team, said teamwork was an important aspect of the program.

“Everybody loves doing it [because] all of a sudden we are working with this huge team all round Australia,” he said.

“We can transplant more people with live donors.

“Live donors’ kidneys work better and last longer and it means patients can get a kidney when they need a kidney, rather than wait for a deceased donor.” 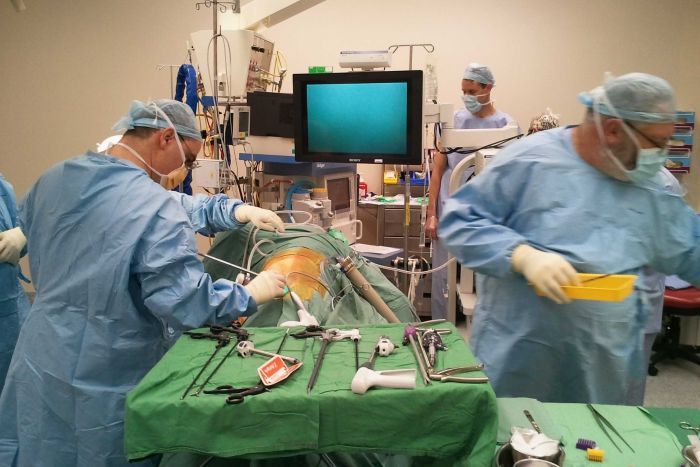 Photo: Multiple hospitals and medical teams are involved in the kidney exchanges. (ABC)

‘Alan is super lucky to have a brother like Terry’

First to head to surgery was Terry Flippence.

His left kidney was removed, placed in a special esky, then taken to the airport.

At the same time, another donor kidney arrived in Sydney, as Alan Flippence prepared for surgery.

By early evening, Mr Flippence had a new kidney and was recovering well.

“Most people will enjoy better quality of life and improved life expectation, in terms of years, following transplantation,” he said.

“From our perspectives, as health carers and taxpayers, it’s actually cheaper to replace someone’s kidney function with a transplant than with dialysis.

“Alan is super lucky to have a brother like Terry.”

‘If I can get one person a transplant, I’ll be happy’

Terry Flippence was discharged from hospital four days after the surgery.

“[I am] a bit sore and sorry at the moment but not too bad, getting better every day,” he said.

“They told me the donor suffers more afterwards until that one kidney builds up its function.

If someone is kind enough to donate a kidney they can do it through that program and if I can get one person a transplant, I’ll be happy.

Professor Ferrari said the donors often said they felt like they had helped two people.

“They have helped the loved one receiving a kidney, while their kidney has gone to someone else, so they kind of feel double joy,” he said.

He said he was grateful to his brother and to the stranger who agreed to be part of the exchange.

“I want to raise awareness on the paired kidney exchange,” he said.

“If someone is kind enough to donate a kidney they can do it through that program and if I can get one person a transplant, I’ll be happy.” 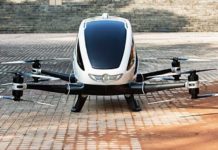 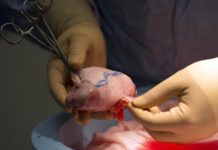