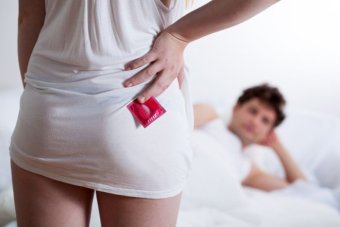 Sexually transmitted infections are a dinner party conversation most of us will steer clear of. But get a bunch of sexual health experts, policy makers and anyone with an interest in STIs together for a conference and it’s a completely different story.

While HIV tends to dominate discussions of STIs, there are a whole host of other genitally focused nasties likely to get plenty of airtime. Most of these illnesses are unlikely to kill you, but they can certainly make your life pretty miserable and in some cases, cause harm, disability and even death to unborn children.

And the incidence of these diseases is on the rise. Syphilis, gonorrhoea, chlamydia, trichomoniasis and relative newcomer Mycoplasma genitalium are on the increase in most parts of the world.

So we take a look at some of the hot topics that came up when Brisbane recently played host to a gathering of some of the world’s leading experts on STIs.

Just when you thought the Ebola virus couldn’t get any more horrific, along comes the first probable case of sexually transmitted Ebola virus. It turns out that long after the disease itself has resolved, the virus can hide from the immune system in a couple of parts of the body; specifically, the eye and the gonads.

A Liberian woman was diagnosed with this deadly disease, but the only possible contact she’d had with an infected person was a sexual encounter with a man who had recovered from the infection more than six months before; long after he would have been contagious via the usual pathways. What’s more, the genetic profile of her virus was very similar to his.

Another study has found that the Ebola virus can be detected in semen – albeit at low levels – for as long as nine months after the initial infection. The risk of transmission is pretty low, but experts are warning that Ebola survivors need to practice safe sex for at least six months or until they test completely free of the virus.

Antibiotics for gonorrhoea are failing

Neisseria gonorrhoeae is an unpleasant little bacterium that can get into the genital tract of men and women, sometimes – but not always – causing symptoms such as burning urination, discharge and pain during sex. It can also lead to pelvic inflammatory disease which, if left untreated, can cause infertility in women.

Fortunately, gonorrhoea is easily treated with antibiotics. Unfortunately, Neisseria gonorrhoeae is becoming resistant to these antibiotics; so much so that in many countries there’s now only one antibiotic that can be used with any degree of confidence.

One presenter at the conference showed evidence that the speed at which resistance is spreading is doubling every six months in men who have sex with men – faster than it is among heterosexuals. However, what’s interesting is that mathematical models suggest this difference doesn’t have anything to do with having a greater number of sexual partners; it’s actually due to treatment rate. More treatment means more resistance, which suggests that we need to be much more careful how we treat this infection.

Chlamydia is the number one STI among young Australians. 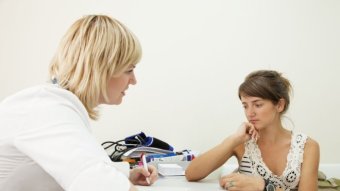 Regular STI check-ups can help identify STIs in people who are unaware they have an infection. So, when should you head to the doctor for an STI check-up? And what does one involve?

It’s caused by the bacteria Chlamydia trachomatis and poses a particular challenge from a public health perspective. Why? Well, most people with the disease don’t show any symptoms, yet it can have serious health consequences, including infertility. In a pregnant woman, it can lead to miscarriage and a host of problems for the newborn baby including chlamydia infection of the eye, which needs treatment or it can damage the eye.

Chlamydia isn’t just a problem in Australia; it’s also on the rise worldwide. So understandably, there has been a lot of interest in whether screening programs for chlamydia might be one way to tackle this scourge.

You would think that testing all young people between the ages of 16 to 29 for chlamydia every year would help to bring numbers of infections down.

But a large, three-year Australian chlamydia screening trial has failed to show a significant effect, despite delivering a major boost to the number of people in the target age group getting tested. The researchers on this trial are now crunching the numbers to see if they can work out why.

STIs increase your risk of HIV

Acquiring any sexually transmitted infection is unpleasant enough. But there’s now growing evidence that simply having one STI can increase your risk of getting other STIs and in particular, HIV.

In women, the healthy vagina is a pretty effective barrier against infection. But the inflammation that is associated with a range of STIs, such as chlamydia and gonorrhoea, compromises this barrier; so much so that one study suggests genital inflammation is linked to a three-fold increase in the risk of getting HIV.

Sexually transmitted infections in men can also increase the risk of HIV for similar reasons; a sore or a break in the skin can increase the likelihood of the virus finding its way into the bloodstream.

Because many people with STIs don’t have any symptoms it can be hard to know whether you’ve been infected, the take-home message from doctors was clear: if you’re having unsafe sex, get tested (regularly) and get treated.

What can we learn from Cuba?

Cuba is the first country in the world to be certified by the World Health Organisation as having stopped the transmission of HIV and syphilis from infected mothers to their babies.

This is no small achievement. The WHO estimates that each year, around 1.4 million women living with HIV become pregnant, and if they don’t receive the right treatment, then they have a 15 to 45 per cent chance of passing the virus onto their child during the pregnancy, labour, or through breast milk. When mothers are properly treated the risk drops to 1 per cent.

Worldwide in 2013, 240,000 children were born with HIV. But by ensuring that pregnant women have access to treatment, Cuba has managed to get it rate of mother-to-child transmission of HIV down to less than 50 cases per 100,000 live births. They achieved something similar with syphilis, by ensuring as many pregnant women as possible are tested for the disease and receive treatment.