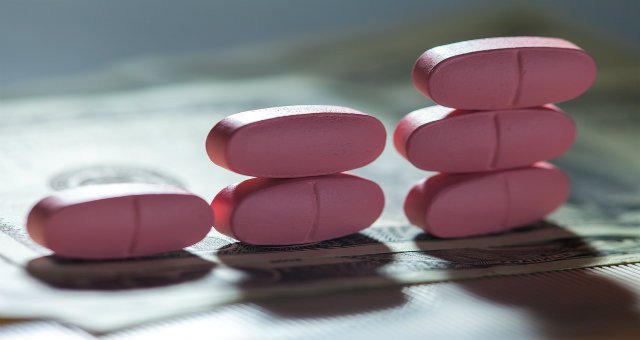 An antidepressant often prescribed to teenagers may be “ineffective and unsafe” for the populations it is supposed to help, according to a groundbreaking reanalysis of a 14-year-old study.

The research, published this week in The BMJ, contradicts earlier findings that paroxetine — sold under the labels Paxil, Aropax and Seroxat — is safe for people under 25. Rather, the new analysis found that the drug can be associated with suicide-related incidents — including suicidal thoughts and attempts — and provides no advantage over placebos.

The analysis by an international team of researchers led by Dr. Jon Jureidini, of the University of Adelaide, provides new insight into Study 329, a highly controversial trial conducted in 2001 by Paxil manufacturer GlaxoSmithKline, then called SmithKline Beecham.

Outside scientists criticized the trial shortly after it was published, questioning how the research was conducted and alleging that the discovery of dangerous side effects had been downplayed. In the years since, many researchers have called for a retraction of Study 329, which was published in the Journal of the American Academy of Child and Adolescent Psychiatry.

But in this latest project, Dr. Jureidini and his team conducted the first external analysis of the nearly 77,000 pages of documents related to the trial. They found the original study may have indeed underreported the prevalence of suicide-related incidents by using an inaccurate coding system that led to fewer children being identified as suicidal.

“It’s hard to think there wasn’t some mischief being done.”

Study 329 noted that five of the 275 adolescents in the study showed signs of suicidal behavior, while the reanalysis found at least 12 who did. The discrepancy is odd, David Healy, a co-author of the new study, told The Washington Post, but seems to have occurred because the 2001 study reclassified serious suicide attempts as “emotional lability” — a phrase that refers to one’s tendency to laugh or cry at unexpected times. This particular mistake was so egregious that Jureidini and his colleagues said it was difficult to see how it could have occurred unintentionally.

“It’s hard to think there wasn’t some mischief being done,” Jureidini said, according to The Washington Post.

Since 2004, Paxil has carried a Food and Drug Administration-mandated warning label that notes an increased risk of suicide in children; the warning was extended to people as old as 25 in 2007. GSK has also been the subject of several major lawsuits around suicides and attempted suicides, and the company has paid out an estimated $390 million in penalties from these suits to date.

In 2012, GSK paid $3 billion in fines over false marketing of products, including the illegal marketing of Paxil to children.

The new study is not the first time a group has pointed out discrepancies in the data. A report commissioned by Senator Chuck Grassley found that not only did the study manipulate statistics to make the suicide risk look smaller, but that GSK hid that risk when they applied to the FDA for the rights to sell the drug to kids.

“For many years, the system has failed.”

In an editorial accompanying the new study, Dr. Peter Doshi, associate editor for The BMJ, wrote that, “for those who have been calling for a retraction of [Study 329] for many years, the system has failed.”

Doshi then runs through a series of revelations concerning the errors made by the original investigators, the drug company staff, and the academic institution (Brown University) where the research was carried out. Most egregiously, Doshi says, is that the original manuscript was not written by any of the 22 named authors, but by a writer from the pharmaceutical company. What’s more, the lead author of Study 329, Dr. Martin Keller, had been the focus of an investigation into the under-reporting of financial ties to drug companies.

In response to the reanalysis, nine of the 2001 study’s original authors released a statement standing by their research. They indicated plans to write an in-depth letter rebutting the claims found in the BMJ article, but said they had no timeline, as “it will take a significant amount of work to make this scholarly.”

“To describe our trial as ‘misreported’ is pejorative and wrong, both from consideration of best research practices at the time, and in terms of a retrospective from the standpoint of current best practices,” they wrote.

Paroxetine (Paxil) is still considered beneficial for adults over 25 who experience depression. Recent research also confirms that, for most other antidepressants in the same class as Paxil — known as selective serotonin reuptake inhibitors (SSRI’s), the benefits outweigh the risks.

“What would have happened if this data were available 15 years ago?”

The new analysis is part of the Restoring Invisible and Abandoned Trials Initiative, a collaborative effort to reduce reporting bias in medical research by reviving and publishing previously-unpublished clinical trial data, and reanalyzing data from published studies that misreported or distorted their findings.

GlaxoSmithKline said in a statement that its decision to provide the Study 329 data for reanalysis is reflective of the company’s commitment to transparency. The statement acknowledges that “there is an increased risk of suicidality in pediatric and adolescent patients given antidepressants like paroxetine,” and calls the notion “widely known.” As such, the company said, “we don’t believe this reanalysis affects patient safety.”

As The New York Times notes, the reanalysis represents a shift in scientific custom toward a new era of self-examination. The number of retractions of scientific papers has ballooned in recent years, and the new study’s authors have called for the release of preliminary trial data and protocols.

Such a release, they say, would increase the rigor of scientific evidence and provide an unbiased critique of medicine we ultimately prescribe to kids.

“What would have happened if this data were available 15 years ago when the study was originally published?,” Doshi wondered in his editorial. “Would the black box warnings from the FDA have come earlier?” 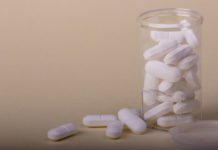 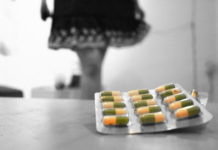 Antidepressants have sexual side effects in teens, too