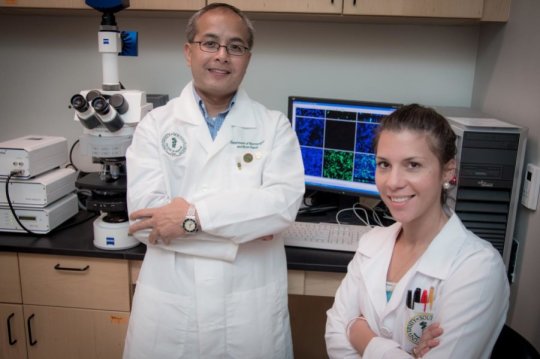 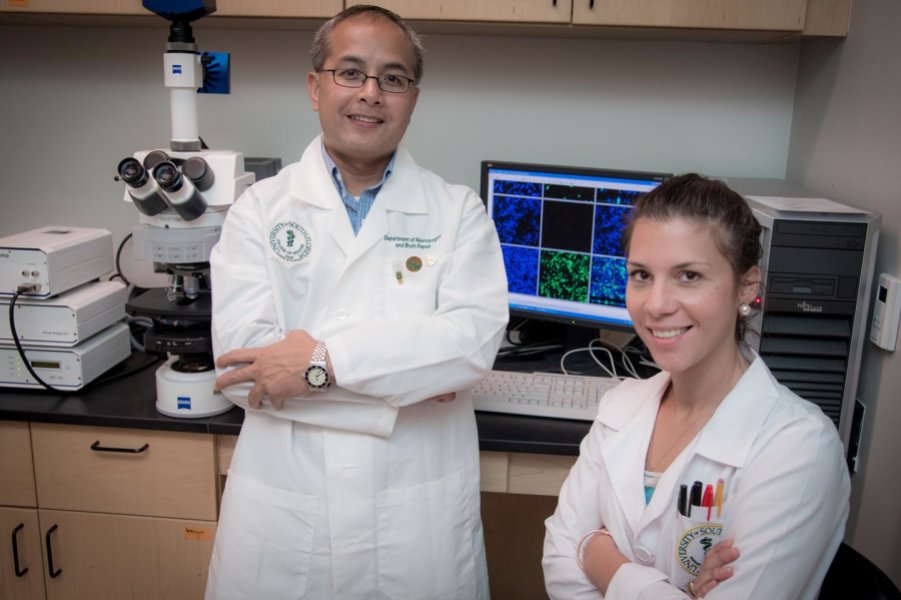 Stroke injures the brain, but a new University of South Florida (USF) study indicates an abdominal organ that plays a vital role in immune function, the spleen, may be a target for treating stroke-induced chronic inflammation leading to further brain cell death.

Neuroscientists at the USF Center of Excellence for Aging and Brain Repair found that human bone marrow stem cells intravenously administered to post-stroke rats preferentially migrated to the spleen and reduced the inflammatory-plagued secondary cell death associated with stroke progression in the brain. The study is reported in the September 2015 issue of the American Heart Association journal Stroke.

The USF study helps resolve a perplexing observation by many scientists evaluating the effects of stem cell therapies: Functional recovery occurs in experimental models of neurological disorders, including stroke, despite little or mediocre survival of transplanted stem cells within the injured brain.

“Our findings suggest that even if stem cells do not enter the brain or survive there, as long as the transplanted cells survive in the spleen the anti-inflammatory effects they promote may be sufficient enough to therapeutically benefit the stroke brain,” said principal investigator Cesario Borlongan, PhD, professor and director of the USF Center of Excellence for Aging and Brain Repair.

Stroke is a leading cause of death and the number one cause of chronic disability in the United States, yet treatment options are limited. Stem cell therapy has emerged as a potential treatment for ischemic stroke, but most preclinical studies have looked at the effects of stem cells transplanted during acute stroke — one hour to 3 days after stroke onset.

Following acute stroke, an initial brain attack caused by lack of blood flow, the blood-brain barrier is breeched, allowing the infiltration of inflammatory molecules that trigger secondary brain cell death in the weeks and months that follow. This acerbated inflammation is the hallmark of chronic stroke.

The USF researchers intravenously administered human bone marrow stem cells to rats 60 days following stroke onset — the chronic stage. The transplanted stem cells were attracted predominantly to the spleen; the researchers found 30-fold more stem cells survived in this peripheral organ than in the brain. Once in the spleen, the stem cells dampened an inflammatory signal (tumor necrosis factor) activated immediately after stroke and prevented the migration from spleen to the compromised brain of harmful macrophages that stimulate inflammation.

This reduced systemic inflammation correlated with significant decreases in the size of lesions caused by acute stroke in the striatum–a portion of the brain controlling movement. There was a trend toward prevention of additional neuron loss in the portion of the brain affecting memory and thinking.

“In the chronic stage of stroke, macrophages are like fuel to the fire of inflammation,” Dr. Borlongan said. “So if we can find a way to effectively block the fuel with stem cells, then we may prevent the spread of damage in the brain and ameliorate the disabling symptoms many stroke patients live with.”

The USF researchers next plan to test whether transplanting human bone marrow stem cells directly into the spleen will lead to behavioral recovery in post-stroke rats.

The one drug approved for emergency treatment of stroke, the clot-busting drug tPA, must be administered less than 4.5 hours after onset of ischemic stroke, and benefits only 3 to 4 percent of patients, Dr. Borlongan said. While more study is needed, evidence from USF and other groups thus far indicates stem cells may help provide a more effective treatment for stroke over a wider timeframe.

“Stem cells are not a magic bullet, but a combination of stem cells and other anti-inflammatory agents may lead to the optimal therapeutic benefit for stroke patients,” he said.

Lead study author Sandra Acosta, PhD, a postdoctoral fellow in the USF Department of Neurosurgery and Brain Repair, said targeting the spleen with stem cells or the anti-inflammatory molecules they secrete offers hope for treating chronic neurodegenerative diseases like stroke at later stages.

“We’ve shown (in an animal model) that it’s possible to stop disease progression 60 days after the initial stroke injury, when chronic inflammation in the brain was widespread,” she said. “If that can be replicated in humans, it will be powerful.”

The above post is reprinted from materials provided by University of South Florida (USF Health). Note: Materials may be edited for content and length. 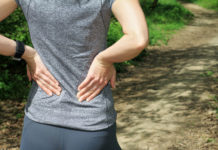 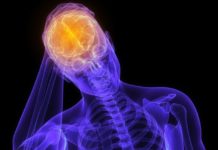 Scientists May One Day Treat Schizophrenia By Targeting Brain Inflammation