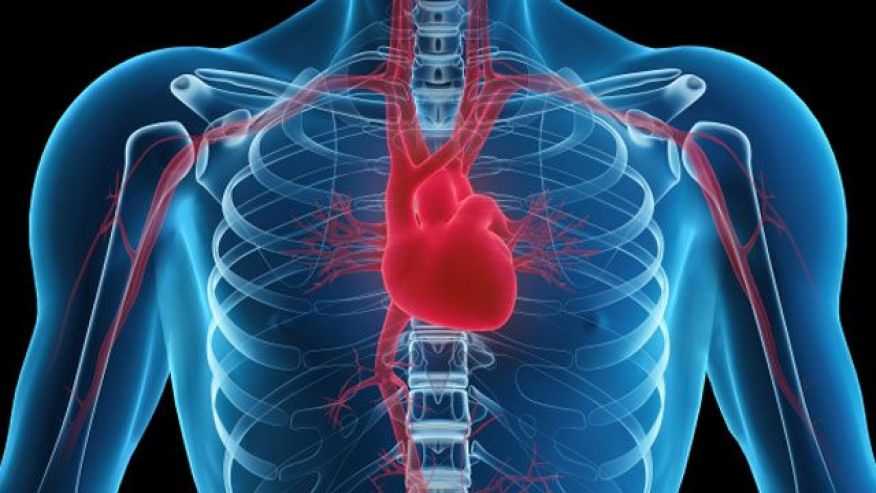 Otherwise healthy people who have poor sleep habits may be putting themselves at risk for heart disease, a new study finds.

Men and women in the study who got too much or too little sleep were more likely to suffer from stiffened arteries and calcium deposits on the walls of their major arteries — two factors that put them at risk for heart disease.

Sleep quality mattered, too: people who said they slept poorly were more likely to have these two early signs of heart disease than those who said they slept better, according to the study, published this week in the journal Arteriosclerosis, Thrombosis, and Vascular Biology.

“Inadequate sleep is a common problem and a likely source of poor health, including visible signs of disease, such as heart attack,” said Chan-Won Kim, M.D., study co-lead author and clinical associate professor in the Center for Cohort Studies at Kangbuk Samsun Hospital, Sungkyunkwan University School of Medicine in Seoul, South Korea.

According to the Centers for Disease Control and Prevention, poor sleep is a “public health epidemic” with one in four U.S. adult reporting insufficient sleep or rest at least 15 out of every 30 days. Sleep health — a function of quality, timing, and duration — affects a number of endocrine, metabolic, and neurological functions that are critical to the maintenance of physical and mental health.

While previous research has linked inadequate sleep with a significantly increased risk of heart attack and stroke, most studies have not been able to parse out the effects of other factors such as obesity and depression, which could also contribute to heart disease risk.

“In contrast, we studied if sleep of inadequate duration or quality would be linked to early markers of heart disease in asymptomatic healthy adults free of heart disease,” Kim told Reuters news agency. Because the study authors took this route, their implications more directly highlight sleep as a potential risk factor for heart disease.

The results showed that participants who:

These findings revealed a “U-shaped curve” between sleep duration and these early signs of heart disease, the researchers reported. That means that, as you approach either extreme — too much or too little sleep — your risk of heart disease goes up. The sweet spot appears to be about seven hours of sleep, the researchers said, although individual sleep needs may vary. And getting good-quality sleep is just as important as getting enough sleep, they added.

“The associations of too short or too long sleep duration and of poor sleep quality with early indicators of heart disease, such as coronary calcium and arterial stiffness, provides strong support to the increasing body of evidence that links inadequate sleep with an increased risk of heart attacks,” Kim told Reuters news agency.

While the relationship between sleep adequacy and heart health is not yet fully understood, the researchers point to several mechanisms that could help to explain the link. Inadequate sleep is associated with several cardiovascular risk factors such as elevated blood pressure, impaired glucose metabolism, and weight gain. Previous research from the same team has also demonstrated that insufficient sleep duration and poor sleep quality are associated with an increased risk of nonalcoholic fatty liver disease — a condition that signals a form of fat deposition linked with heart disease.

Given the link between sleep and heart health, it’s important for doctors to ask patients about disturbances in their sleep just as they would assess other cardiovascular risk factors like smoking, diet and exercise, Kim said.

Meanwhile, if you’re not getting enough quality sleep at night, there are a number of practices and habits—known as “sleep hygiene“—that can help you get the most out of the hours you spend sleeping. The National Sleep Foundation recommends the following: