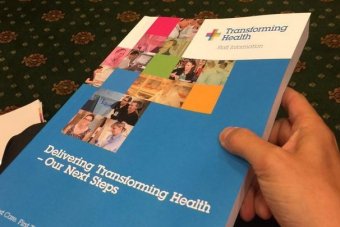 An inquiry into the South Australian Government’s plan to overhaul the health system will be established to get “respectful answers”, the Liberal Opposition says.

The Government’s Transforming Health policy includes the controversial closure of the Daw Park Repatriation Hospital and the relocation of services.

Opposition Leader Steven Marshall said he could not get answers to questions like how many beds would be cut from the health system.

His party will now establish a select committee of the Legislative Council to look into the plan.

“We’re not getting respectful answers from the Government,” Mr Marshall said.

“We ask a question in the Parliament and you never ever get a straight answer from this minister or from this Government. What have they got to hide?

“Now the Parliament is forced to establish a select committee to find out what is going on.

Health Minister Jack Snelling has consistently refused to quantify the likely impact on beds and jobs, and said the committee would not achieve much.

“The committee’s not going to find any more information than we’ve got and the simple fact is until we realise the efficiencies, we won’t really know how many hospital beds we’ll need,” he said.

Mr Snelling said he had consulted widely and health practitioners were involved in drafting the plan.

“If they really think that I would put the views of half a dozen politicians above the views of the 60 doctors, nurses and allied health professionals who’ve been informing Transforming Health, they’ve got to be kidding.”

The select committee has the support of the Greens and independents John Darley and Dignity for Disability MP Kelly Vincent.

Greens MP Tammy Franks said she would like more information on the health plan.

“This is the biggest health reform we’ve seen in this state. It deserves transparency as well as transformation,” Ms Franks said.

“The Parliament’s here to scrutinise.”

Ms Vincent said she was the first to bring concerns about Transforming Health to Parliament.

“Given that every South Australian will interact in some way with the healthcare system over our lifetimes, their voices need to be heard and we support any measure for that to be done including in the select committee,” Ms Vincent said.

The Upper House will establish the committee in the next parliamentary sitting week, later this month 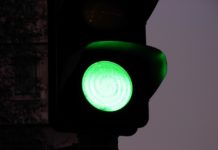