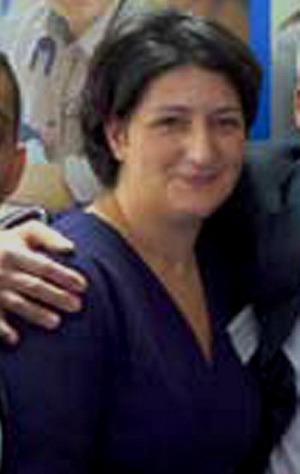 A neurosurgeon accused of bullying has lodged an unfair dismissal claim with Fair Work Australia, in which she alleges she was bullied and denied a deputy director role in the neurosurgery unit at Victoria’s largest public hospital because of her sex.

Neurosurgeon and former director of surgical training at Monash Health Helen Maroulis was dismissed by Monash Health in June, about a fortnight after bullying accusations against her came to light.

Ms Maroulis was accused of being “extremely abusive” towards trainees at the Monash Medical Centre by neurosurgeon Imogen? Ibbett?, who said Ms Maroulis had shouted at staff, made unreasonable demands and thrown surgical instruments around.

But in documents filed to the Federal Court last week, Ms Maroulis? claimed she felt she was being bullied by Monash University’s head of surgery Julian Smith and neurosurgery head Andrew Danks.

In her statement of claim, she said that from 2011 she had taken on additional administrative work at Monash Health that had been the responsibility of Mr Danks. She wrote that this was on the understanding she would receive a pay increase or the title of deputy director of the unit to compensate for her additional workload.

However, in August 2014 she alleges she was told by Mr Danks that she would not be appointed to the role because she was a woman and “her senior (male) colleagues would not accept her appointment… and that her colleagues would expect the next head of the unit to have short hair…”

In December, in a meeting with Mr Danks, she claims she was pressured to resign and said she felt like she was being bullied, which triggered a stress reaction that left her unable to work until April.

Ms Maroulis? raised her bullying and other concerns directly to Monash Health’s chief executive Shelley Parks in May, which also became part of a formal investigation.

She was informed of the findings of this investigation in early June and dismissed from Monash Health days later.

Ms Maroulis? is seeking damages from Monash Health for unfair dismissal, with the case management hearing scheduled for next month.

She had been employed by Monash Health since 2008, the same year in which she backed fellow Monash neurosurgeon Chris Xenos?, who had been accused of sexually harassing one of his female trainees, Caroline Tan.

During a Victorian Civil and Administrative Tribunal hearing into the matter, Ms Maroulis? said Ms Tan had “set the cause of feminism back 50 years” by making the complaint against Mr Xenos, who denied the harassment claims.

Ms Tan won that case and was awarded $100,000 in damages, although she has been unable to find work in a public hospital since.

Her case was brought back to public attention in March, when Sydney vascular surgeon Gabrielle? McMullin? used the case to highlight a culture of sexism and bullying in the surgery.

In an interview with The Age earlier this year, Ms Tan backed claims that sexism, harassment and bullying were rife among surgeons and that those who dared to speak up were being punished instead of the perpetrators.

Ms Tan also accused the Royal Australasian College of Surgeons of being an “Anglo-Saxon boys club” that favoured men.

The College has since established an expert advisory group to investigate the extent of the problem in hospitals and has been urging medical staff to share their experiences of bullying.