We’ve long know that parenting styles have a major impact on psychological development through childhood and adolescence, and can even impact long-term well-being. But new research suggests the effects of certain parenting styles may be even more profound than once thought.

According to a new study published in The Journal of Positive Psychology, individuals whose parents were more caring and less psychologically controlling during their childhood are happier and more satisfied throughout their lives, even into old age.

The longitudinal study, led by researchers at the University College London (UCL), has been tracking over 5,000 participants since March of 1946, with the purpose of understanding how parental bonding, caring behaviors and psychological control affect a child’s long term happiness. The findings highlight the profound effect of early childhood environments on lifelong happiness and quality of life.

“We found that people whose parents showed warmth and responsiveness had higher life satisfaction and better mental wellbeing throughout early, middle and late adulthood,” said co-author Dr. Mai Stafford, of the MRC Unit for Lifelong Health & Aging at UCL. “By contrast, psychological control was significantly associated with lower life satisfaction and mental wellbeing.

To reach their conclusions, the researchers used a 25-item questionnaire measuring three different concepts related to parenting and care-giving. To assess parental bonding, study participants were asked to agree with statements such as “appeared to understand my problems and worries.” Phrases such as “tried to control everything I did” were designed to assess psychological control, while disagreeing with statements such as “let me go out as often as I wanted” aimed to measure behavioral control.

Participants whose parents exerted greater psychological control during childhood were found to have significantly lower mental well-being during adulthood, particularly during the ages of 60-64. The effect on mental health was so pronounced that the study authors likened it to the recent death of a close friend or relative.

“Parents […] give us a stable base from which to explore the world, while warmth and responsiveness has been shown to promote social and emotional development,” said Dr. Stafford. “By contrast, psychological control can limit a child’s independence and leave them less able to regulate their own behavior.”

Children with caring parents were more securely attached and therefore better able to manage future relationships, the researchers said. But controlling parents restricted their children’s autonomy and stopped them from developing a strong self-identity, thereby preventing them from learning from their own mistakes or conflicts. And this had a strong and persistent link with poor mental health throughout their life, the researchers found.

Examples of psychological control which can limit a child’s independence and leave them less able to regulate their behavior include not allowing them to make their own decisions, not letting them have their own way, invading their privacy and fostering dependence (rather than independence).

“Parents are vitally important to the mental wellbeing of future generations,” Dr. Stafford said. He suggests that policies to reduce economic and other pressures on parents could help them to foster better relationships with their children, adding: “Promoting a healthy work-life balance is important as parents need time to nurture relationships with their children.” 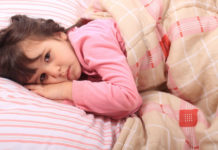 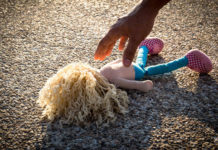 Emotional abuse of children is a growing problem in Australia 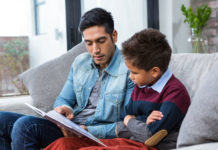