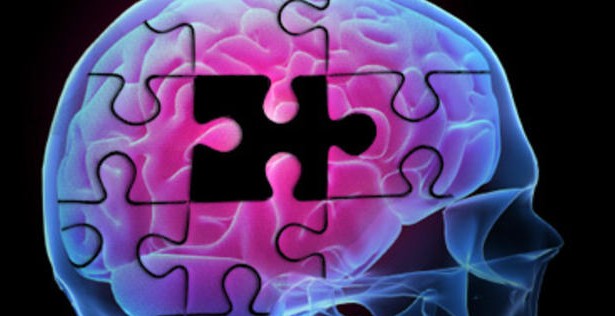 In a major breakthrough in our understanding of Alzheimer’s disease, researchers have discovered that fatty acid deposits in the brain may contribute significantly to the development and progression of the devastating neurological disease.

The findings, published in the journal Cell Stem Cell, support the theory that Alzheimer’s disease is a metabolic brain disease similar to obesity and diabetes being peripheral metabolic diseases. Researchers say the discovery could help pave the way for new targeted therapies for the degenerative disease, including treatments for obesity that are already under development.

More than 5 million Americans — two-thirds of whom are women — suffer from Alzheimer’s disease. It’s currently the 6th leading cause of death in the U.S., killing at least 500,000 each year. According to recent estimates, more than 106 million people worldwide are expected to develop Alzheimer’s disease by 2050 — a massive increase from the 30 million people affected by the disease in 2010. Despite decades of research — and some tremendous progress — the only medications currently available treat the symptoms alone, but don’t do anything to stop or slow disease progression.

This latest study highlights what might prove to be a missing link in the field. Initially, researchers set out to understand why the brain’s stem cells, which normally help repair brain damage, are unresponsive in Alzheimer’s disease. This work led to the discovery of fat droplets near the stem cells in the brains of mice bred to have a genetic susceptibility to Alzheimer’s disease.

Next, the researchers examined the brains of nine patients who died of Alzheimer’s disease, finding significantly more fat droplets than in five healthy brains. The team was also able to identify the type of fat present in the Alzheimer’s-affected brains. Using advanced mass spectrometry, the built-up fat dr0plets were identified as triglycerides enriched with the same fatty acids found in vegetable oils or animal fats.

Researchers say that these deposits normally start to build up as we age, but in those with genes that put a person at risk for Alzheimer’s, this process happens much faster. In mice predisposed to the disease, the fatty acids accumulate early on — at about two months of age — which corresponds to the early twenties in humans.

“We discovered that these fatty acids are produced by the brain — that they build up slowly with normal aging — but that the process is accelerated significantly in the presence of genes that predispose to Alzheimer’s disease,” senior author Dr. Karl Fernandes, a professor at the University of Montreal, said in a press release.”Therefore, we think that the build-up of fatty acids is not a consequence but rather a cause or accelerator of the disease.” 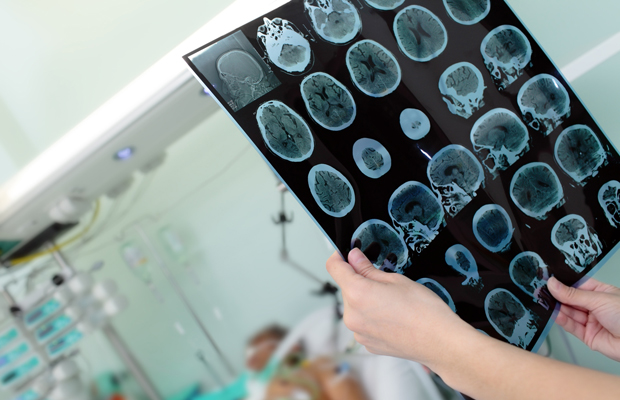 Related: How Diabetes Wreaks Havoc On Your Brain

These fatty deposits appear to interfere with stem cells in the brain that repair damage, the researchers say. Using molecules that inhibit the enzymes that produce fatty acids, the team was able to prevent the accumulation of fat deposits in mice. Although they do not yet know the full effects of these molecules on the disease, the researchers found that mice who were treated with the molecules demonstrated an increase in stem cell activity. This is important, said Dr. Fernandes, because stem cells play a critical role in memory, learning and and brain regeneration.

“We succeeded in preventing these fatty acids from building up in the brains of mice predisposed to the disease,” said Dr. Fernandes, who described the results as “very promising.”

Fat buildup in the brain was first noted by Dr. Alois Alzheimer, who discovered the disease in 1906. Regrettably, at the time, the composition of the fatty tissue was too complex for biochemists to work with, so the finding was cast aside as unusable data and largely forgotten in the years since. However, as this new research suggests, Dr. Alzheimer’s initial observations may ultimately prove to be a game-changer for dementia treatment.

Further research is being conducted on inhibitor drugs for other metabolic diseases, which may be able to block the fatty acid enzymes and stop them from spreading.

For now, there are still many steps you can take to reduce your risk of Alzheimer’s. Many of the key risk factors for the disease are modifiable, and growing evidence suggests that metabolic disorders like diabetes and obesity may play a critical role. For instance, 2014 study published in JAMA Neurology found that that higher levels of LDL cholesterol (the unhealthy kind) and lower levels of HDL cholesterol (the healthy kind) both were linked to having more amyloid in the brain. Higher levels of amyloid are known to contribute to the development of Alzheimer’s.

In 2013, researchers discovered for the first time that insulin resistance and blood glucose levels — which are hallmarks of diabetes — are associated with a greater risk for developing neurodegenerative disorders like Alzheimer’s, suggesting “that the brain is a target organ for damage by high blood sugar,” endocrinologist Dr. Medha Munshi told the New York Times. Building on this evidence, researchers from the Johns Hopkins University Bloomberg School of Public Health discovered in a 2014 study that people with type 2 diabetes at midlife have a significantly increased risk of experiencing cognitive decline later on in life. Based on this growing body of evidence, some scientists are even referring to Alzheimer’s disease as “Type 3 diabetes.” 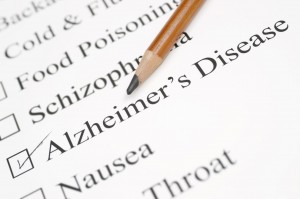 Related: One In Three Cases Of Alzheimer’s Could Be Prevented, Study Shows

More recently, in a study published in July 2015 in the journal Neurology, researchers found that that people with type 2 diabetes experienced loss of grey matter as well as declines in cognitive skills and ability to perform daily activities within just two years of developing diabetes. These adverse changes are thought to be triggered by an impaired ability to regulate blood flow in the brain, due in part to inflammation, which is a common component of type 2 diabetes. High cholesterol may exacerbate this process by increasing blood vessel disease.

So what can you to reduce your risk?

Changes in your lifestyle can improve your cholesterol numbers. A diet low in saturated fat may help reduce LDL “bad” cholesterol. Regular exercise may be helpful in boosting HDL “good” cholesterol. A diet that includes lots of fruits, vegetables, and whole grains and is low in fat and added sugar can reduce the risk of many chronic diseases, including heart disease and type 2 diabetes, which in turn may cut the risk of developing Alzheimer’s. Other important preventive steps include limiting alcohol intake, quitting smoking, and maintaining healthy blood pressure, blood sugar levels, and body weight through diet and exercise. Additionally, research indicates that staying cognitively active throughout life — via social engage­ment or intellectual stimulation —may also reduce the risk of Alzheimer’s.