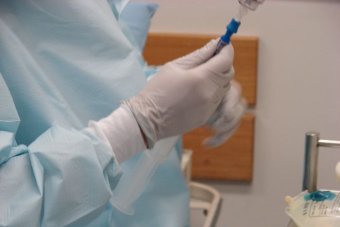 The cost of temporary health workers in Tasmania’s north-west has reached more than $5 million in the first half of this year.

Documents obtained by the ABC under Right to Information show about $5.5 million was spent from January to July on locums in the north-west alone.

The cost was significantly up on the last half of last year, when the ABC revealed the Government had spent $3.2 million hiring locums in the same area.

But Health Minister Michael Ferguson said there was an administrative error and last year’s figures were underestimated.

“This is something that we inherited,” he said.

“This was incorrect reporting and my understanding is, my advice is, that it’s now accurately reported.”

The minister would not be drawn on how much of the estimated $2.4 million difference was due to the incorrect reporting.

“Well it’s accurate now, we fixed it,” he said.

“So as part of going forward we accept this isn’t good enough, and it’s not acceptable to continue to have such a high reliance on locums.”

It was revealed in budget estimates earlier in the year that some locums were incorrectly counted as full-time doctors.

The Government has spent more than $700,000 a month since the start of the year.

April was the most expensive month, with taxpayers forking out more than $1 million on locum health workers.

There was some improvement on locum spending in Tasmania’s north, with $285,524 spent from January to July this year, compared to $538,059 for the six months to December.

“Obviously we would like that money to be available for the health system for Tasmania generally, and it’s fact that we have relied on locum staff in the north-west for many years,” he said.

“I think taxpayers should ask ‘is it possible for this money to be spent elsewhere?’

“What we need to do is work towards permanent staff on the north-west coast.”

Health economist Amanda Neil from the Menzies Research Centre said it was not a sustainable use of already stretched resources.

“I don’t think $5.5 million on locums is sustainable,” she said.

“I don’t think it’s an efficient use of resources, I do believe we could be utilising those resources better within the state.”

Medicare: We can do better 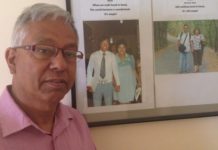