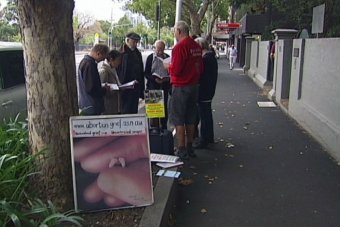 The Victorian Parliament is likely to pass legislation to establish buffer zones around abortion clinics to keep away protesters.

It comes after the Government indicated its broad support for a bill put forward by the Sex Party’s Fiona Patten, due to be debated in Parliament this week.

The bill seeks to establish a 150-metre “safe access zone” around clinics offering abortions to keep protesters away from patients, as well as proposing fines and even jail terms for repeat offenders.

“We certainly support the objectives of the bill,” he said.

“There is every likelihood we will support the bill but we do have a caucus process to follow and if we do it’s quite possible there will be either amendments or an additional bill that may come forward.”

Members of the pro-life group Helpers of God’s Precious Infants picket the Fertility Control Clinic, in East Melbourne, six days a week, as well as other clinics in suburban Melbourne and regional Victoria.

Last week, the East Melbourne clinic lost a bid in the Victorian Supreme Court to force the City of Melbourne to move the activists on.

In a statement released after the decision, the council said it took “no relief or pleasure” in the ruling.

“The City of Melbourne sympathises with the women targeted by protesters at the East Melbourne Fertility Control Clinic and acknowledges the impact the group’s presence has on the health and wellbeing of the clinic’s patients, staff and management,” it said in a statement.

“For more than 20 years, the City of Melbourne has worked within its limited powers to protect the interests of women who attend the clinic.

“Although we have wanted to do more, we have not had the authority to do so.

“Although we respect people’s right to a peaceful protest, we consider that the groups who assemble at the clinic show little respect for the rights of women who attend it.”

Mr Pakula said he believed most “fair-minded” people did not want to see women harassed as they went into abortion clinics.

“The Health Minister Jill Hennessy has already done a lot of work on this and member of the Government have been in reasonably constant dialogue with Fiona Patten,” he said.

“All of us pay tribute to her, for the stand that she has taken.

The Greens have said they will support the bill, while the Liberal Party will decide this week whether to allow a conscience vote on the proposal.

While Victorian Opposition Leader Matthew Guy has said he was “broadly supportive” of Ms Patten, he criticised her for voting in favour of removing move-on laws, which gave police extra powers to deal with protestors.

“I think it’s a bit odd, because this what the move-on laws were about … and now she wants to bring back a version of those for one part of society,” he said.

“I think how can you go to Parliament two months ago and vote to remove move-on laws, and then bring in a bill, which is effectively move-on laws light?” 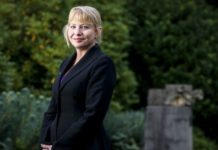 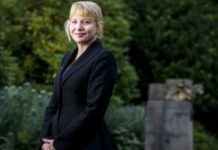