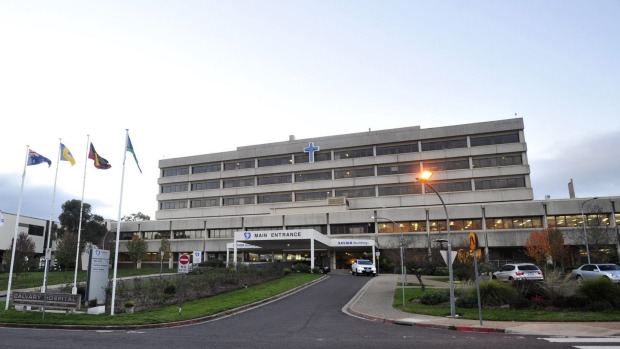 Medibank and Calvary Heath Care have resumed negotiations after weeks of trading blows over hospital contract renewals and safety.

The prospect of contract termination means thousands of ACT patients may be forced to pay more for hospital care unless the two parties can reach a final agreement.

On Wednesday, the two parties resumed formal negotiations in Sydney but would not comment on the nature of the discussions or their progress.

Calvary chief executive Mark Doran said he was encouraged by the progress of discussions and said both parties were willing to tackle all issues.

A Medibank spokesman said he was hopeful an agreement would recognise the best interests of members and patients and “the unfortunate mistakes that can occur in hospitals”.

The spokesman said the company was not seeking to interfere with the autonomy of doctors and only sought modest changes to “avoidable expenses resulting from unfortunate mistakes”.

“We only focused on those mistakes where there is good evidence that they can be prevented in hospital, such as falls and bedsores,” he said.

About 4700 Medibank Private members used the territory’s Calvary hospitals last year, at Bruce and John James. There are no alternative Medibank-contracted hospitals for obstetrics and psychiatry.

The health insurer was sold by the federal government in a $5.7 billion float last year.

Professor Owler said the government’s decision to sell Medibank Private was in part to blame for the dispute and it now faced “a pivotal moment in our healthcare system”.

“They can continue to stay out of the game, or they can get involved and start to fix up some of the mess that they’ve created.

“This issue, if it is not stopped by this government, by the minister, has the ability to threaten the balance between the public and private system right across the country.”

Mr Doran has said Medibank’s actions would restrict hospital action for patients and the clinical autonomy of doctors.

“Let us be clear, Medibank is reducing its payments for members while in a Calvary hospital, leaving its members to pay the difference,” he said.

“This could be somewhere between 15 per cent and 25 per cent of its members’ costs while in hospital.”

But a Medibank spokesman said this was not true and the health insurer would always pay for members’ treatment even if they did not have a contract with the hospital.

“The difference is, without a contract a hospital can choose to charge our members additional out-of-pocket expenses, he said.

“Many don’t, so if Calvary chooses to do so we want our members to call us so we can do what we can to help.”