Imagine a hospital where broken bones and damaged tissue can be replicated and replaced by 3D printed body parts.

That is the vision of Queensland University of Technology’s (QUT) Dr Mia Woodruff.

Dr Woodruff, who leads the Biomaterials and Tissue Morphology Group at QUT’s Institute of Health and Biomedical Innovation, has been spearheading research into the area for the past few years.

Her work could potentially help future hospital patients twofold: by allowing surgeons to print 3D models of areas of the body they are to operate on; and printing a “scaffold” that can be implanted as a replacement.

The research, which uses a biofabrication machine that imparts tens of thousands of volts and robotic precision to produce 3D plastic scaffolds out of fibers much thinner than a human hair, will be on display at Robotronica today at QUT’s Gardens Point campus.

“Our hospital of the future from out point of view is going to have the patient go into hospital, you scan them and immediately next to that operating table you can print them that scaffold,” Dr Woodruff said.

“If we have a company [that] would want us to build a million of these machines, it could be in every hospital within the next five years, easily. The technology is there.” 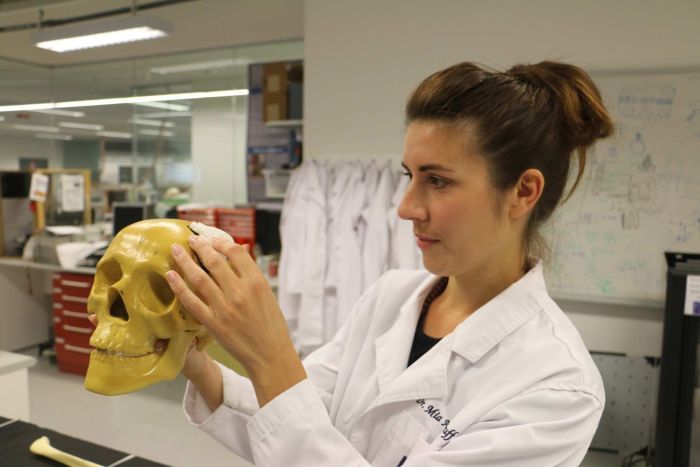 Dr Woodruff said a scaffold had to emulate exactly the structure of the tissue it was replacing.

“We don’t just make a solid block of plastic,” she said.

“We can design a scaffold with the proper architecture, and we can make scan data set talk to our 3D printers, which will then print that scaffold into a 3D shape.

“What makes this quite a novel approach is you don’t just make a scaffold material that implants into a defect; we can also put things like patient’s own stem cells into the scaffold.

She said the materials had to be strong enough so that surgeons did not break them.

“If we don’t consult with clinicians we can end up making something they can’t use,” she said.

Clinical trials with humans the next step

Dr Woodruff said clinical trials involving large animals with similar bone structure to humans had been going on for the past two years.

“We’re at the stage now where the next grant going in will be putting scaffolds into humans. We’re pretty close to that, that’s the next step,” she said.

“We know we can regenerate tissues. When sheep have broken legs they heal in similar way to humans.

“We can heal sheep bone by using this tech. We can prove that we can move into patients.”

Dr Woodruff said thankfully there was a huge drive for advance manufacturing in Australia, with facilities turning towards niche markets such as body parts and 3D printings.

“There are a few different groups in Australia working towards … doing some really good complimentary stuff. We’re very collaborative in our efforts,” she said.

“It’s important not to work on the same thing, need to make sure we’re complimenting each other.”

Biofabrication and tissue engineering academic and researcher Sean Powell said work in the area of bones and breast tissues were already involved in pre-clinical studies.

“So you do pre-clinical studies, establish trials will work, then say you want to test it on people … it seems daunting, they have done some skull defect clinical studies in Singapore, I believe.

“It’s moving, it’s not far off. The proof of concept is there, we know it works, and now it’s about building the technology and refining the techniques and getting these clinical trials done so we can show that it works.

“There’s lot of groups working around working this. We’re at the forefront of this particular area that we’re looking at, but other groups are looking at multi-tissues, other organs and using different techniques.

“There’s quite a bit of research and activity in this space because you can see the implications on the way we do health care is massive, if we can get it to work well and cost efficiently.”

While 3D printing is powering along, there has not been a great deal of research taking ultrasound forward, according to Professor Christian Langton.

Professor Langton, who heads the Quantitative Ultrasound Imaging and Characterisation research group at QUT’s Institute of Health and Biomedical Innovation, said ultrasound had for too long been overlooked as the underdog to other imaging methods.

He hoped the future of hospitals saw more development in the area he had been involved in for decades. 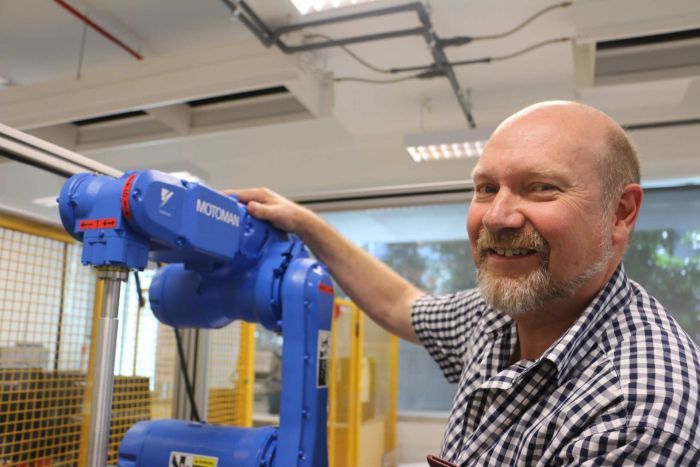 “It does seem to have less attention than other areas of X-ray, CT, and MRI and nuclear medicine and PET imaging,” he said.

“People tell me I’m the only academic ultrasound physicist in Australia, which is flattering in one sense but it’s disappointing in another.”

“So it’s used everywhere, but there doesn’t seem to be a great deal of research into taking that forward.”

Professor Langton is working on an ultrasound-guided robotic invention that can track tumour movement during radiotherapy.

It consists of two robotic arms, one to facilitate user-controlled movement of a virtual tumour, and the other to manipulate a 3D ultrasound transducer.

“What we’ve got is the idea that in radiotherapy we can deliver the radiation now to an incredible well-defined three-dimensional form of volume,” Dr Langton said.

“Which is great if the tumours are where you think [they are], but we know certainly the prostate can move up to a centimetre during the delivery of the radiotherapy.

“So if the tumour moves from where you think it was, you’re not killing the tumour, you’re killing healthy tissue.

“The idea’s to have a robotic system that will monitor real time with ultrasound the position of the tumour while the radiotherapy is being delivered.” 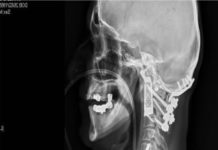