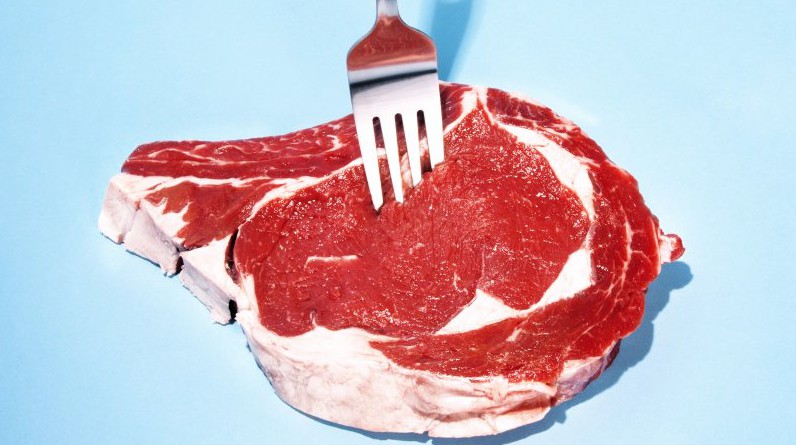 The Paleo diet has gained a huge following with its seemingly straightforward logic that what was good for our metabolisms as we evolved is likely to be good for us today. High in meat, fish and vegetables, the diet largely excludes dairy and grains or anything else that emerged in the agricultural evolution, arguing that it was a protein rich regime that fueled massive brain growth for early humans.

As one well-known proponent of the Paleo diet claims, “Killing animals and eating meat have been significant components of human evolution that had a synergistic relationship with other key attributes that have made us human, with larger brains, smaller guts, bipedalism and language.”

But a new study published in the The Quarterly Review of Biology appears to cast serious doubt on the very foundations of the plan. It seems that early man did not steer clear of carbohydrates at all. In fact, hominids not only ate starchy carbohydrates — they cooked them too. And, according to the new research, we have these foods to thank for our oversized human brains.

While eating meat may have kick-started the evolution of bigger brains, the researchers found that the high glucose content in previously overlooked starchy carbs — things like cooked potatoes and yams — is what allowed humans to become the most dominant species on the planet.

“Although previous studies have highlighted a stone tool-mediated shift from primarily plant-based to primarily meat-based diets as critical in the development of the brain and other human traits,” the researchers wrote in their report, “we argue that digestible carbohydrates were also necessary to accommodate the increased metabolic demands of a growing brain.”

Pooling archaeological, anthropological, genetic, physiological and anatomical data, researcher Dr. Karen Hardy and her team from the Catalan Institution for Research and Advanced Studies at the Autonomous University of Barcelona explored the coevolution of human use of controlled fire for cooking, the increased variation in our salivary amylase genes (responsible for the early stages of carbohydrate breakdown in the digestive system), and our consumption of said carbohydrates.

Starch is one of the body’s largest suppliers of glucose, which is used by every cell as energy. We begin breaking it down from the moment we start chewing, thanks to our amylase enzymes. However, they can only do their jobs effectively when a starch is somewhat cooked. For example, a cooked potato is 20 times more digestible compared to its raw form, study co-author and evolutionary geneticist Dr. Mark Thomas told The New York Times.

According to Dr. Hardy’s research team, the human brain uses 25 percent of the body’s energy and 60 percent of the glucose available in the blood to function and grow. Connecting the fact that we need such high quantities, which are typically derived from carbohydrates, and the incredible expansion of brain size during our evolution, the researchers concluded that it’s highly unlikely that we could have subsisted on a diet that lacked such resources during this critical time.

“The evidence suggests that Palaeolithic humans would not have evolved on today’s ‘Paleo’ diet,” said study co-author Dr. Jennie Brand-Miller.

There is also biological evidence that the human body began developing additional amylase gene copies (one person can have up to 18 now) to access this form of nutrition more effectively. Primates only have two copies, so that means we completed this digestive evolution within the past 1 million years when we also had access to fire for cooking.

Additional research published last year in The Quarterly Review of Biology noted that there was not one, specific diet plan all hominids followed in the Paleolithic area. It depended on what was available to them in their particular region of the world. While hunter-gatherers in northern climates subsisted heavily on animals, southern climate dwellers likely relied on plants for much of their nutrition. And now know that some of those plants were, indeed, of the starchy variety.

Instead of the low-carb, no-grain Paleo diet for optimal health, the authors highlight the importance of including old-school starchy foods such as potatoes, taro, yams and sweet potatoes. They also advocate eating more recently introduced starchy grains such as wheat, rye, barley, corn, oats, quinoa and millet.

And for those concerned that eating carbs may lead to weight gain, dietician Dr. Joanna McMillan has a reality check: “Carbs will only be converted to fat if you eat them in excess over your body and brain’s needs – when glycogen stores are full and there is nowhere else for that carbohydrate to go,” she told New Zealand newspaper The Southland Times.

“But the body can’t get it back once it is converted to fat and so it is energetically unfavorable for it to do so,” she said. “Note that excess protein and excess dietary fat above our needs will also be stored as body fat.”