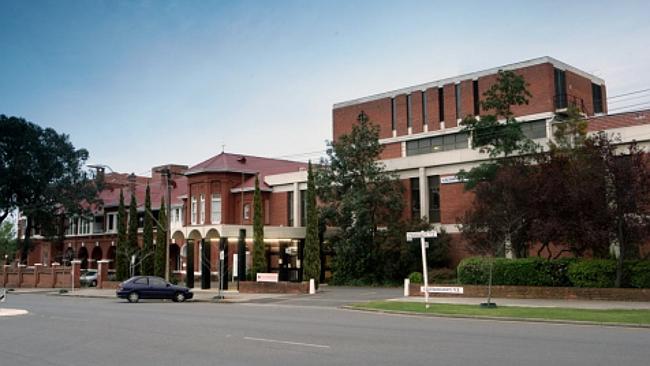 The Calvary Group runs four hospitals and is still in negotiation with Medibank Private. Source: The Advertiser

AN Adelaide doctor has taken the highly unusual step of publicly writing an open letter to national health insurer Medibank Private slamming its plan to no longer pay for hospital mistakes.

In his letter posted on Sunday on Facebook, Dr Peter Devonish, a consultant anaesthetist at the Royal Adelaide Hospital, told Medibank he and his wife, Katrina, had cancelled their insurance policy in protest and urged others to do the same.

“The cynical attempt by your company to save money by refusing to fund your members’ care for so-called ‘avoidable complications’ is an abuse of trust towards those who believe your actions are in their best interest,” Dr Devonish wrote.

“Whether this is the first step towards ‘USA style’ managed care or just actuarial nonsense, I do not wish to put my family in the situation where we need to self fund for readmission (or joust for admission to a public hospital) should we suffer an unavoidable complication post-surgery.”

Dr Devonish told The Advertiser exclusively that he spoke directly with the company in a conference call this morning.

“We had a pleasant civil discussion over half an hour where they thanked me for my honesty but we didn’t reach agreement,” he said.

“I’m certainly not feeling alone as I find the vast majority of medical practitioners think similarly.”

The doctor said he had asked for the list of 165 exceptions but was told it was “confidential”.

In a statement to The Advertiser Medibank said it has “taken the opportunity” to discuss and correct a number of misconceptions with Dr Devonish in his Facebook post:

“None of the changes we have proposed in our contract with Calvary that relate to adverse events or 28 days readmissions will impact members,” the statement read.

We are in discussions with Calvary around whether they should cover the cost of three categories of hospital events related to surgical complications, hospital falls and hospital acquired pressure sores.”

Medibank said the issues were not “just about saving money”.

A senior colleague at the RAH who did not wish to be named said Dr Devonish had taken “quite a risk” in speaking out so publicly.

“There are circumstances where an insurer can make an individual doctor’s life very difficult, although I’m not saying that would happen here,” they said.

Dr Devonish, who held his Medibank Private policy for 13 years, says he is spreading the message in the hope of a “thundering stampede” of people moving to more “ethical health funds”.

The Group — that is still in negotiation with Medibank Private — last week accused the insurer of bullyboy tactics that threaten to destabilise the private hospital system, leaving patients the big losers.

Medibank Private has been accused of “throwing its weight around” but has responded that its proposal is necessary to counter the fact the insurer’s annual payout to hospitals has almost doubled to $2.9 billion in a decade.

In its response to the doctor on Facebook a spokesman for the insurer said they were “very concerned” to read his message.

A response from “Alex” included:

“…(we) would like to discuss this with you at your convenience and hear more directly your concerns. Would you be open to a phone call from our Head of Medical Contracting, Mr Brad Forge at a time that suited you? Please PM us your phone number and an appropriate time for us to call.”