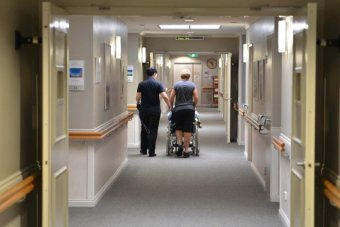 Calvary Hospital Group and health insurer Medibank Private will try to reach agreement through mediation later this month after a long-running dispute about charges.

The health insurer earlier this month announced it would end its contract with private hospitals operated by the healthcare group after the two parties were unable to agree on rates and quality of services.

Calvary had asked for an increase in rates for services which the insurer said was unsustainable.

Jane Mussared from the Council of the Ageing South Australia said the dispute had created uncertainty for patients and she hoped a resolution could be found either before the July 21 meeting or during those discussions.

“People have paid premiums in good faith and often for many years and they need some certainty,” she said.

“These are both people who are trying to win the hearts and minds of their customers and I hope that they keep their customer in mind both in terms of price and equality … and we’re looking forward to a resolution as soon as possible.”

“We believe it is essential, as a private health insurer, to encourage hospitals to maintain a focus on quality health outcomes for our members, including reducing re-admissions and avoiding preventable, adverse events,” he said.

“We also feel we have a responsibility to work with hospitals to help reduce unwarranted upward pressure on member premiums. We think it’s the right thing to do to ensure our members get the best quality care at an affordable and sustainable cost.”

Medibank and ahm Health Insurance members would continue to be covered under the terms of the existing contract with Calvary Health Care until August 31, 2015.

The company said members could still attend Calvary Health Care hospitals after that date with Medibank continuing to cover a large proportion of costs but patients may face higher out-of-pockets costs as the hospital could charged their own rates.