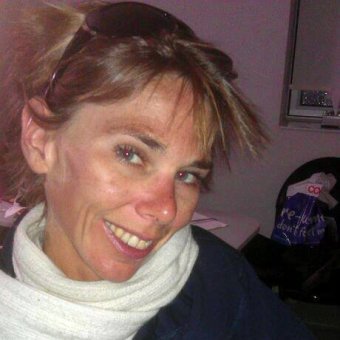 A woman who was only 30 kilograms when she died in an Alice Springs in January had developed a deep distrust of the medical profession due to a series of forced admissions to hospital, a coronial inquest has heard.

Claire Louise Harrison, who was 29 when she died, had become known as “The Walking Woman” when she moved to Alice Springs, because she could cover more than 30 kilometres a day on foot.

A coronial inquiry into her death heard the woman had become hostile toward medical professionals when she was admitted for treatment on a number of occasions.

Her mother, Margaret Harrison, told the court she had arranged for her daughter to be taken to hospital on a number of occasions and that had contributed to the deceased’s reluctance to seek help.

“If I have one regret, it is about supporting that medical order, because I think it created more anxiousness and reluctance to seek medical assistance down the track,” Ms Harrison said.

She was bullied at school and she didn’t have that resilience.

The coroner heard that between 2005 and this year, Harrison was treated in Melbourne, Adelaide and Alice Springs using a number of aggressive methods, which she did not like.

n her opening statement, the council assisting the coroner, Jodi Truman, told the court at one stage Harrison was being force-fed through a nasal tube.

“Claire hated such treatment and would often pull the tubing from her nose, causing her further physical pain and injury,” Ms Truman said.

The court heard the combinations of forced admissions and pressure to attend hospital of her own free will took an emotional toll on the woman, and she vowed to never use medical services again.

“Claire was extremely reluctant to seek medical assistance and very mistrusting of any admission to hospital. This was something that lasted throughout the years for Claire,” Ms Truman said.

Depression diagnosed at 16, anorexia at 17

The coroner heard Harrison had been bullied when she was in high school in Bega, because she was tall for her age and, while she was not overweight, she was not as petite as most other girls.

She developed an eating disorder and at the age of 16 she was diagnosed with depression.

At 17 years old, in her senior year, she was diagnosed with anorexia, which steadily became worse up until her death. 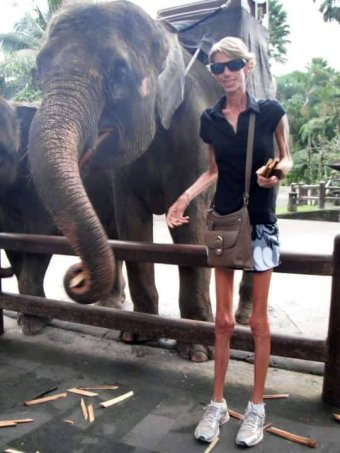 “She was bullied at school and she didn’t have that resilience,” Ms Harrison said.

Coroner Greg Cavanagh empathised with the grieving mother about how difficult things can be for young people who have low self-esteem.

“Resilience is the one character you can’t learn, you can’t inherit, you can’t build, and many young people don’t have enough of it,” he said.

After leaving home, Ms Harrison was treated in many parts of the country, including Melbourne, Sydney, Canberra, Townsville and Adelaide.

She moved back in with her parents in 2009, who had since relocated to Alice Springs.

Shortly after her return she was sent to Alice Springs Hospital’s psychiatric ward under an involuntary admission order, which had been arranged by her mother and her employer.

“This involuntary admission was again a very distressing experience for Claire, particularly with police and ambulance attending to take her to the hospital,” Ms Truman said.

The court heard the deceased woman was in and out of hospital in Alice Springs and Adelaide for the remainder of her life.

As her condition deteriorated, she started to suffer from a range of medical complications, including hypoglycaemia, seizures, strokes and pneumonia.

Ms Truman told the coroner that after a long stay at Royal Adelaide Hospital Ms Harrison had had enough.

“She vowed after such a lengthy admission to never go near another medical service again and for over four years, Claire was true to her word,” Ms Truman said.

Ms Harrison said her daughter just wanted to be close to her family.

“A family environment is really conducive to good treatment, so how do we support people with anorexia and eating disorders to be in that environment?” she said.

The family were able to manage Harrison’s condition for some time, but while her mother was away on a 6-week trip, Harrison reduced her eating routine to just one meal every two or three days.

By this stage, her immune system was so impoverished it provided very little resistance to viruses and infections.

The court heard by Christmas Day her mother asked her to seek medical help, but she was hostile and in denial about her condition.

Ms Truman told the court after two brief admissions to hospital Harrison and her mother went to see a doctor at a local clinic.

“Claire was hostile and did not wish to be admitted to hospital,” Ms Truman said.

“She was in denial about her eating disorder and discussion was held with the doctor about the fact that her anorexia could kill her.”

Ms Harrison wept as she told the coroner she wanted to make sure lessons were learnt from her daughter’s death.

“I don’t want another family to actually go through this process, so if we can do anything to raise awareness, Claire’s loss will not have been in vain,” she said.

Ms Harrison told the court her friends had organised a charity walk in honour of her daughter, and they had raised $5,000 for the Butterfly Foundation.

She said the charity would be coming into Alice Springs to work with local youth, and help improve the self-esteem of those with body-image issues. 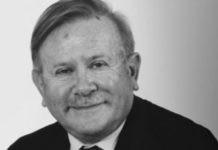