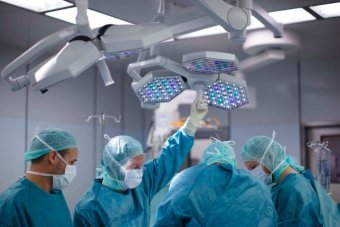 The “weekend effect”, that you are more likely to die after surgery if you have been admitted to hospital on a weekend, exists in Australia, a new international study has found.

However, academics argued it was not simply a quality-of-care issue, but that people were also more sick on the weekends.

The Global Comparators project analysed almost 3 million admissions between 2009 and 2012 from 28 metropolitan teaching hospitals in England, Australia, USA and the Netherlands.

The research focused on deaths occurring in hospital within 30 days of an emergency admission or planned surgery.

Researchers found the risk of dying within a month of admission at an emergency department was much higher in the UK, the US and the Netherlands.

In Australia the same effect was apparent within a week, but not weeks later.

The findings showed across the board all patients admitted at the weekend for planned surgery were more likely to die within 30 days than those admitted on other days of the week.

Richard Lilford, public health professor at the University of Warwick in the UK, reviewed the study in the journal BMJ Quality and Safety.

He said the small sample size from Australia meant it was too difficult to draw conclusions on how widespread the “weekend effect” was.

“This is an international comparative study, with hospitals from different countries … and in that study the increased death rate was not as strong in Australian hospitals as in the other hospitals,” he said.

“But it was just five hospitals, and so it’s hard to interpret that.”

Experts disagree over cause of ‘weekend effect’

Medical experts disagree over what causes the increased death rate, with some arguing it is because hospitals are more poorly resourced on Saturdays and Sundays.

But Professor Lilford said there was more to it than simply the number of doctors pulling the weekend shift.

“No-one really knows why there’s an increased risk of death if people are admitted at the weekend,” he said.

We don’t necessarily have the full range of expertise available easily on the weekends.

“It is not self-evident that this is because of a lower quality of care at the weekends.

“It is equally plausible that this is the result of a different case mix in people, this is at the weekend — that is to say that on average people admitted at the weekends are sicker than those admitted on weekdays and we have some reason to think that is the case.”

Professor Lilford said he believed it was mostly due to the nature of the emergency cases being presented having a higher risk of death.

“It’s very questionable as to whether all of that increase is due to the quality of care,” he said.

“It seems likelier that at least some of it, maybe the majority of it … is caused by people at the weekend being on average sicker than those admissions on the weekday.”

University of Adelaide surgery professor Guy Maddern agreed there was a higher death rate for surgery on the weekend.

“The nature of the cases on the weekend do lead to a higher death rate for operations performed on the weekend because they are indeed cases that are already self-selected as the sicker and more urgent ones,” he said.

But Professor Maddern acknowledged level of care could be reduced over the weekend.

“There is no question that our hospitals are less well-staffed on the weekends,” he said.

“We don’t necessarily have the full range of expertise available easily on the weekends.”

I think it’s also about having cleverer processes, so that the approach to care of patients over the weekend is done in a way that things don’t slip through the cracks.

Professor Maddern said doctors needed to share information better when they clocked off, and pass responsibility for their patients to another physician.

“Some of those issues are to do with having the right mix and seniority of staff, making also sure that we have really good handover arrangements,” he said.

“In the old days doctors used to virtually live in the hospital and be consistently there.

“Now because of the changing work practices we have people being rostered off, and we need to make sure that those handovers are well-documented and thoroughly performed.”

He is currently analysing data for a national study that will identify what impact the weekend or day of the week has on surgery death rates.

“We have collected data on every surgical death in Australia … we will know precisely whether this is significant problem and then we can start to look at some of solutions,” he said.

He said he hoped the findings, to be released in the next 4-5 months, will provide some insight into scale of the “weekend effect” and how it can be solved.

Professor Maddern said there may need to be more funding so patients do not “slip through the cracks”.

“The various issues of penalty rates on the weekends and the like, there may be a need for more funding, and that certainly could be part of it,” he said.

“But I think it’s also about having cleverer processes, so that the approach to care of patients over the weekend is done in a way that, as I said, things don’t slip through the cracks.”