In all Australian states and territories, laws are now in place to ensure that when children born via donor conception turn 18, they have a right to access information about the identity of their donor. However, research suggests that most heterosexual parents who conceive via donor conception never tell their children.

Donor insemination became widely available in the 1980s with the emergence of sperm freezing technology. However, in these early days few jurisdictions had clear regulatory frameworks around donor conception and record keeping was often inconsistent.

The lack of regulation allowed for, and was facilitated by, a culture of shame and secrecy around infertility and donor insemination. It was common for medical practitioners to advise parents not to tell their children they were donor conceived. The prevailing wisdom was that anonymity and secrecy was better for children, families and donors.

Victoria was one of the first jurisdictions in the world to introduce laws banning anonymous gamete (sperm, eggs and embryos) donation and requiring donors to consent to the release of identifying information to donor recipients aged 18 or over. These laws came into effect in 1988.

By 2005, anonymous donation was prohibited nationwide. However, many donor-conceived children still struggle to access information about their donor, due to laws not being retrospective in many states, or because records have been destroyed.

When Victorian donor-conceived children born after the introduction of the law were due to turn 18, the Victorian Infertility Treatment Authority in 2006 ran a campaign entitled “Time to Tell”. This encouraged families to talk to their children about being donor conceived.

However, studies had begun to reveal potential problems that arose from not telling children. While in general, people who are donor-conceived are not disadvantaged in terms of well-being or connectedness to their family, problems can occur when they learn of the circumstances of their conception later in life.

When this happens, people may feel betrayed by their parents, leading to resentment, confusion and distress. This may be particularly destructive if a person inadvertently discovers they are donor-conceived, rather than being told by their parents.

Alongside this, there is an emerging body of research which shows that telling children they are donor conceived does not damage their well-being, particularly if they then have the option to learn more about their donor.

There are multiple reasons why parents choose not to tell their children they were donor conceived. Some are concerned their child will feel different or “not normal”. For others, the pain of infertility is raw and avoiding the issue is emotionally easier.

Some parents intend to tell but never find the right time or words to do this. But a common concern is that children will no longer see their “non-genetic” parent as their real parent.

Biological relatedness is central to idealised Western notions of family and kinship, even though the reality of contemporary family life is much more complex than this. Step and blended families, families created through adoption or fostering, same-sex parented families and networks of close friends all involve non-biological family relationships. Many children are raised by, and form strong parental attachments with, adults to whom they are not genetically related.

This is not to say that biology is irrelevant. Many people’s sense of place in the world is connected to their biological heritage. Donor-conceived people often feel that knowing about their donor is an important part of forming and understanding their identity. But biology in itself does not create family relationships.

The problem with secrecy around donor conception is that it contributes to the notion that biology is more important than lived family ties. It implies that a child having a genetic link to someone else undermines the importance of those parents who have raised that child.

By contrast, openness about donor-conception allows parents to emphasise the strength of their family connection and includes their children in the creation of the family narrative.

Laws that ensure donor-conceived people have access to identifying information about donors encourages greater openness around donor conception; although some people argue the laws need to go further, mandating parents to tell their children.

The complexity of this issue points to a continued need for resources to support families to talk to their children about donor conception.

Jennifer Power has previously received funding from the Australian Research Council, Relationships Australia, VicHealth and ACON. She currently works on a project funded by the Commonwealth Government.

‘I was born both male and female’ 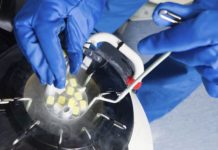 What Happens To Frozen Embryos When They’re No Longer Needed?