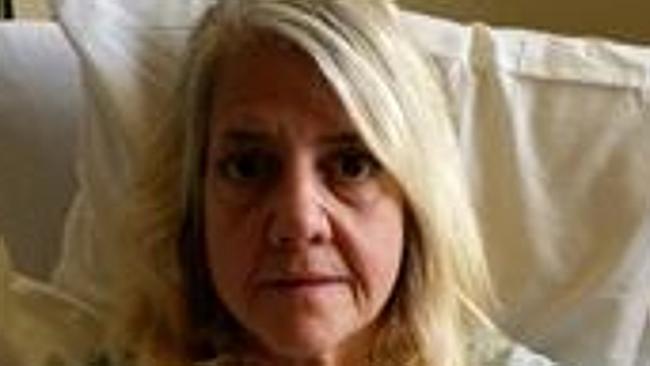 A woman in US with amnesia has been identified as Ashley Menatta. Image: Interpol Source: Supplied

THE mystery woman with amnesia known as ‘Sam’ has finally been identified and reconnected with family after her nephew recognised her.

Ms Menatta lived near San Diego not far from where she was discovered in February in poor health and with a tumour on her ovary the size of a volleyball.

The 53-year-old was born in Pennsylvania, never married, lived in Arizona and most recently resided in the southern California suburbs of La Jolla and Carlsbad.

Ms Menatta was found in Carlsbad. She has sisters in Colorado and Maryland.

Her nephew alerted her family to her story after he saw a media story about her.

Ms Menatta originally thought she might have been from Perth, in Western Australia, as she felt a connection to that place. While she’s not an Australian, she regularly came to Australia.

“It was extremely emotional, we were all sobbing,” Menatta said of the moment she was told her identity.

MORE: Woman with amnesia pleads for help on TV 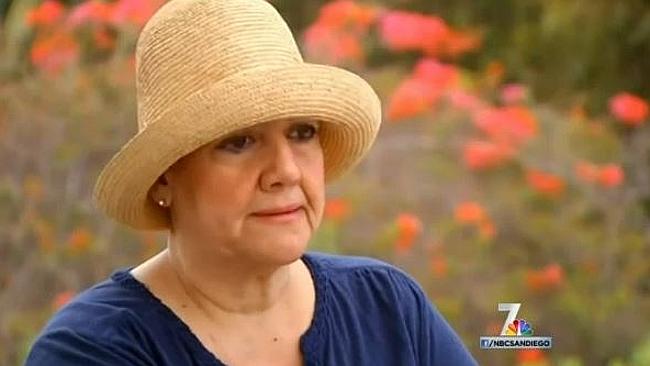 A woman who calls herself ‘Sam’ was found in the US. Source: Supplied

“They’re so sorry I had to go through what I did during this time without them.”

Menatta’s stage three cancer had spread to other parts of her body and she had to have her uterus and other organs removed. She feared she would die before finding out her identity.

Without any identification or memories of who she was, she chose the name “Sam” based on the biblical book of Samuel.

Ms Menatta made a public TV appeal in the US, calling for anyone who knew her to help her find her identity and her family again.

A Facebook campaign was also set up to help spread her plight globally, leading to many tips and media reports.

Well we have some great news…PRAYERS have been answered!!!!”Sam” (Ashley is her name) and I want toTHANK you all …

Posted by Found Woman with Amnesia-Help Find Her Family on Wednesday, July 1, 2015

Her English-sounding accent, dreams and few memories she could recall were of swimming and dining at Cottesloe Beach, Perth, at Byron Bay and Bondi Beach. “Apparently I have a long time of visiting Australia for extended trips,” Ms Menatta said.

“I’ve been going there throughout my life.”

She can’t remember any names of people in her life but has dreams of a man she thinks she was in love with.

“I wonder about his name,” she said. “I can’t ever get the name in my dream cause I really want to know, but I know there was someone.”

The family lost track of her in 2013, around the same time she moved to southern California.

Ms Menatta plans to fly back to Maryland and live with one of her older sisters.

“She was just telling me she has a four-bedroom large house and a lovely king size bed waiting for me,” she said.