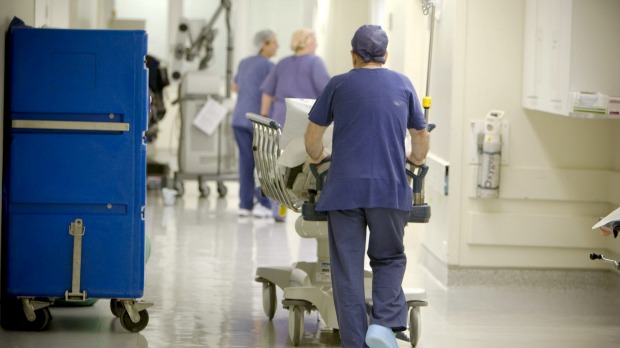 TPP could drive up costs and hit patients in the pocket. Photo: Glenn Hunt

Few Australians would see America’s healthcare system as one we’d choose to emulate. But obligations we acquire via the Trans Pacific Partnership Agreement could drive us inexorably towards the US model. And on Wednesday, the US Congress granted President Obama “fast track” negotiating authority – so the conclusion of the TPP is now in sight.

In the US, healthcare costs more, per person, than anywhere else in the world. In 2013 it accounted for more than 17 per cent of GDP, close to double Australia’s 9.0 per cent. And America spent a staggering $US5,149 more per person than Australia – more than twice our per capita expenditure.

Spending a lot doesn’t always deliver results. In the US, many health dollars are wasted on the administrative overheads that come with multiple for-profit insurance providers, or on unnecessary high tech diagnostics and treatments. They bolster the bottom lines of manufacturers, insurers, physicians and hospitals. And with virtually no constraints on prices, high out-of-pocket costs for patients are the norm.

Paying a lot of money doesn’t mean better access to care, either. Despite the tremendous expenditure, there are massive inequalities in access to health care services in the US. While the number of Americans without health insurance has significantly declined with the advent of ‘Obamacare’, as many as 31 million people remain underinsured.

In fact, the values driving US healthcare seem the very antithesis of those that underpin ours. Australians see universal access to health services as being fundamentally important, regardless of a person’s ability to pay.

The community’s resounding rejection of the Government’s plans to introduce co-payments for GP services shows how firmly Australians remain wedded to this principle.

So how could the TPP put these values at risk and drive us towards a higher cost, lower equity system?

President Obama makes no secret of the fact he sees the TPP as a means for America to ‘write the rules‘ for global trade. But the TPP is about far more than trade in goods and services. Modern trade agreements encroach on many aspects of healthcare, from access to medicines, to the role of the private sector in health financing and provision, and the capacity of governments to protect public health.

The US has largely set the agenda for the TPP negotiations, tabling proposals often based on current US law. These are shaped by the lobbying of big business and closely reflect its interests.

As a result, the TPP may be viewed as a vehicle to export not only US policies, but also US values, transplanting them into other countries in ways that favour the interests of transnational corporations.

Patents for minor variations of existing medicines, extensions of patents beyond the 20-year norm, and requirements to link marketing approval to patent status are all elements of the US system that drives massive pharmaceutical expenditure. Unsurprisingly, the US has the highest per capita pharmaceutical spending in the OECD—more than double the OECD average, and almost twice that of Australia.

The US is also seeking 12 years of ‘data protection’ for biologic products in the TPP. Derived from living organisms, biologics include many expensive treatments for conditions like cancer, rheumatoid arthritis, and multiple sclerosis. During this 12-year period, competing follow-on products couldn’t be approved by regulatory authorities. This means that the manufacturer enjoys a market monopoly that operates whether or not there is still a patent on the original product. Unlike a patent, this monopoly can’t be challenged in court.

Some analysts have argued that even in the US it would be folly to lock in such long monopoly periods for biologics. The 2016 White House budget proposal estimates that reducing data protection from 12 to 7 years, together with prohibiting additional periods of exclusivity for biologics due to minor re-formulations, would save $16 billion in federal spending alone over the next decade.

Adopting this 12-year period in Australia, or any period longer than our current five years, would mean forgoing hundreds of millions of dollars of annual savings to the PBS. Potential savings arising from competition from follow-on products in Europe have been estimated at up to 33.4 billion euros between 2007 and 2020. In the US, the Rand Corporation estimates that $US44.2 billion could be saved from 2014-24 if follow-on products can be made available quickly.

There are other ways the TPP could also see our health system emulating that of the US. Obligations to allow foreign investors to compete on an equal footing with publicly funded or provided services could result in a one way bridge to greater privatisation. Under proposed Investor State Dispute Settlement provisions litigious US corporations could sue over for example, policies designed to promote affordable access to healthcare or protect public health.

Now that Congress has granted “fast track” authority to President Obama, our politicians would do well to pause and reconsider the consequences of signing up to the TPP and its US driven agenda. At stake is the potential for the TPP to seriously derail our healthcare system. Once derailed, getting it back on a track that reflects the values and priorities of Australian voters, rather than transnational corporations, may not be possible.

Deborah Gleeson is a lecturer in the School of Psychology and Public Health at La Trobe University. Her research focuses on international trade agreements and their impact on health care and public health policy.

Dr Ruth Lopert is deputy director, Pharmaceutical Policy and Strategy at Management Sciences for Health in Arlington Virginia, and an adjunct professor in the Department of Health Policy, Milken Institute School of Public Health at George Washington University in Washington DC. She was the Principal Medical Adviser at the Therapeutic Goods Administration from 2008-2011. 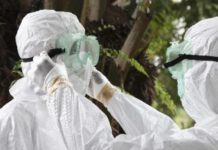