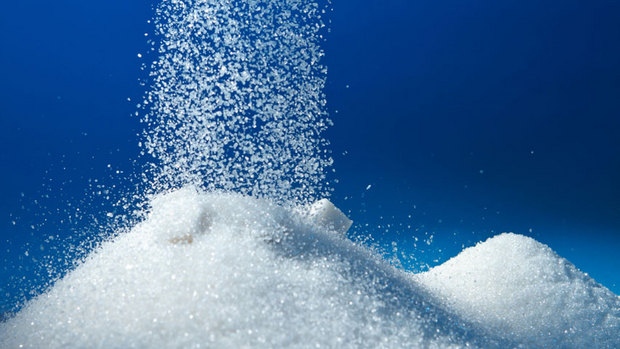 Health officials have long warned that the typical American diet — loaded with fat and sugar — is a leading risk factor for serious medical problems, including obesity, diabetes, heart disease and cancer. But now, evidence suggests it may also be hurting our ability to learn and think clearly.

According to new research from Oregon State University, consuming a high-sugar, high-fat diet causes changes in gut bacteria that seem to trigger significant losses in cognitive flexibility, a measure of the brain’s ability to switch between thinking about one concept to another, and to adapt to changes in the environment.

The study, which was published this week in the journal Neuroscience, determined that a high-sugar diet was particularly detrimental to brain function, leading not only to decreased cognitive flexibility but also to impairments in short- and long-term memory.

“We’ve known for a while that too much fat and sugar are not good for you,” Dr. Kathy Magnusson, a biomedical scientist at the university and the study’s lead author, said in a statement. “This work suggests that fat and sugar are altering your healthy bacterial systems, and that’s one of the reasons those foods aren’t good for you. It’s not just the food that could be influencing your brain, but an interaction between the food and microbial changes.”

As Dr. Magnusson points out, the findings are consistent with a growing line of research that has shown that the diverse colonies of bacteria living in the gut can have a major influence on brain function and mental health. Though researchers have long known that the brain sends signals to the gut — that’s why stress and other emotions can contribute to gastrointestinal symptoms — mounting evidence suggests that signals travel the opposite way, as well.


For the study, the researchers fed groups of mice a high-fat diet, a high-sugar diet or a normal diet, and gave them tests measuring various physical and mental functions. To assess changes to the gut microbiome — the community of trillions of bacteria living in the gut — the researchers also analyzed fecal samples prior to the implementation of the diet and again five weeks after adopting the diet.

After just four weeks on the high-fat or high-sugar diet, the mice performed worse on a series of mental and physical tests, compared to the mice on a normal diet, the study found. The mice on both diets performed particularly poorly on the test of cognitive flexibility, in which they were expected to find a new escape route from their cages.

The mice on the high-sugar diet also performed poorly on tests on working memory and long-term memory.

The microbiome analysis revealed that higher percentages of “bad” gut bacteria and lower amounts of healthy bacteria among the high-sugar and high-fat groups were directly correlated with worse performance on the tests of cognitive flexibility. In humans, poor cognitive flexibility can manifest in difficulty understanding new concepts or adapting to new experiences, Dr. Magnusson said.

“Think about driving home on a route that’s very familiar to you, something you’re used to doing,” she explained. “Then one day that road is closed and you suddenly have to find a new way home.” A person with high levels of cognitive flexibility would be quick to find an alternative route, while someone with lower cognitive flexibility would be more likely to struggle to find a new way home.

Scientists aren’t yet sure exactly how this process works, but there are a number of possible mechanisms by which gut bacteria can “talk” to the brain, Dr. Magnusson said.  “Bacteria can release compounds that act as neurotransmitters, stimulate sensory nerves or the immune system, and affect a wide range of biological functions,” she said. “We’re not sure just what messages are being sent, but we are tracking down the pathways and the effects.”

Your Brain On Sugar

The findings add to an expansive line of research documenting the possible negative effects of excessive sugar consumption on brain health. The mounting evidence has even led some scientists to refer to Alzheimer’s disease as “Type 3 diabetes,” because of the strong link between cognitive decline and both chronically elevated blood sugar levels and insulin resistance.

Chronically high blood sugar levels have also been linked to inflammation in the brain. And as some research has suggested, neuroinflammation may be one possible cause of depression. Additionally, studies show that that people who eat a standard American diet that’s high in processed foods — which typically contain high amounts of saturated fat, sugar and salt — are at an increased risk for developing depression, compared to those who eat a whole foods diet that’s lower in sugar.

While cutting back on sugar is a good move, that doesn’t mean that you should switch to artificial sweeteners. Recently, scientists found that regular consumption of artificial sweeteners can have a devastating effect on the microbiome, and can lead to metabolic disorders and obesity.

The good news, though, is that a balanced diet that’s relatively low in sugar, artificial sweeteners and unhealthy fats — and high in probiotics, the “good” bacteria that support digestion, immune health and even mental health — can support the health of both the gut and the brain.