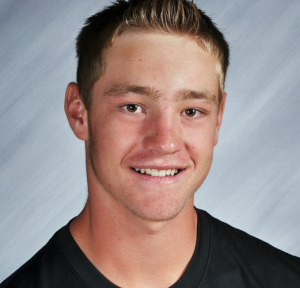 Taylor Gaes died after suffering from a rare case of the plague.

Colorado: A 16-year-old boy who appeared to have the common flu has died from a rare case of the plague, officials said.

Taylor Gaes’ illness didn’t present with the telltale sign of the infection – swollen lymph nodes – which would have alerted officials to the illness sooner, said Katie O’Donnell, a Larimer County Health Department spokeswoman.

Instead, he suffered from a fever and muscle aches, which at first made his sickness look like the flu.

The plague is “very rare, which makes it hard to diagnose,” O’Donnell said Saturday.

Taylor died on June 8 but officials revealed his illness Friday.

The chance that others may have contracted the illness while attending memorial services for Taylor on his family’s property is small, officials said.

Officials are unsure which type of plague Taylor contracted, though they suspect bubonic plague because it is the most common and the easiest to transmit through a bug bite.

In bubonic plague, the bacteria grow inside a person’s lymph nodes. But in septicaemic and pneumonic plague, the germs reproduce in the bloodstream or lungs. Those are more dangerous varieties of the disease because the symptoms are harder to diagnose and the patient will deteriorate faster, according to the Centres for Disease Control and Prevention.

Taylor likely encountered a flea from a sick rodent that wandered onto his family’s property from a neighbouring rural area.

Infected fleas could have bitten some of the guests at the memorial services at his family’s home. The Health Department is keeping people informed of the disease and warned people in Larimer County, which includes Fort Collins, to visit a doctor immediately if they develop a high fever.

Doctors can prescribe antibiotics to patients diagnosed with any of the three types of plague, which are all caused by the same bacteria.

The Health Department documented some confirmed cases of the plague in rodents in rural areas, but O’Donnell said those animals were far away from any public land and did not pose a threat to people living in populated areas of Larimer County.

While the disease generally doesn’t infect many people in the US, it is common in rats, mice and squirrels. According to the CDC, the disease exists in northern New Mexico, northern Arizona, southern Colorado, California, southern Oregon, and far western Nevada.

The US counts an average of seven human cases of plague each year and fatalities are rare. The CDC and local health departments monitor rodent populations where plague occurs for spikes in animal deaths from the disease.

Plague cases rise in Madagascar, fear of more epidemics: WHO