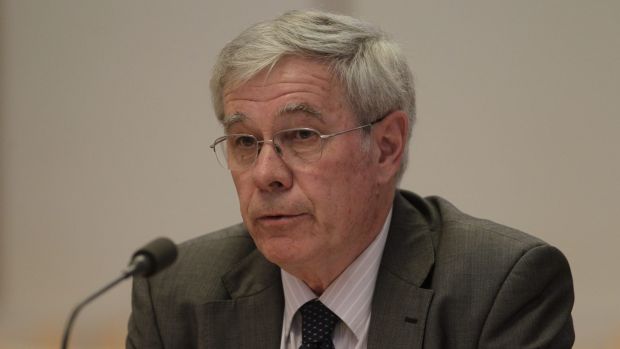 An ABC science show that controversially claimed cholesterol medication was “toxic” resulted in 60,000 people not taking their medication, potentially increasing their chances of heart attack or stroke.

A University of Sydney study into the impact of the Catalyst program recorded a marked change in the use of statins directly after the two-part series was aired in October 2013.

The program claimed the causal link between saturated fat, cholesterol and heart disease was “the biggest myth in history” and that cholesterol medication was toxic.

It was slammed by cardiologists and medicine safety experts, who said it downplayed a body of evidence showing that cholesterol medication was effective.

But an examination of dispensing records from the Pharmaceutical Benefits Scheme demonstrated that the program had an immediate and sustained impact, with a 3 per cent fewer prescriptions a week being filled after its airing.

Among the people who ceased their medication were diabetics, who are at high risk of developing heart disease.

The study is published in the Medical Journal of Australia.

“Three per cent doesn’t sound like a lot, but given the amount of people in Australia taking statins there were probably half a million prescription statins fewer dispensed over that eight-month period, which equates to 60,000 people,” said pharmacy faculty Associate Professor Sallie Pearson.

If this trend continued for five years, doctors could expect to see 1500 to 2900 additional heart attacks or strokes, she said.

“The media plays an incredibly important role in disseminating healthcare information and it’s also important that they question the status quo,” she said. “However, that comes with a great responsibility in thinking about what influence one might have on consumers.”

Statins, which are recommended to prevent cardiovascular events in people at moderate to high risk, are the most commonly prescribed medications in Australia and are used by 30 per cent of the population aged over 50.

The ABC removed the program from its website after an internal review found that it had breached its impartiality standards.

An ABC spokesman said the use and overuse of statins was a legitimate public-health policy issue.

“As was stated in the program and restated on the Catalyst website, viewers should not make any changes to their prescribed regimen of medications without seeking appropriate medical advice,” he said.

NPS MedicineWise chief executive Lynn Weekes said there was a group of people for whom statins were not appropriate, but many others who benefited from them.

“I think, in this case, it didn’t feel like balanced reporting,” Dr Weekes said.

“There was a sense that it was a scare campaign about ‘we’re over-treating everybody’ and it’s quite a nuanced conversation that we should be having, not one that sensationalises it.”

However, those people might have gone off their medication after discussing the matter with their doctor, she said.

Bond University public health specialist Chris Del Mar said the Catalyst program had raised an important point in distinguishing between high cholesterol as a risk factor and not a disease. But in general the media needed to show more caution in health reporting.

“I find it vexatious when a reporter hears a story which is controversial and then goes and plucks anybody from the other side of the debate and then presents that and thinks they’ve done their job, without actually getting to understand what the issues are,” Professor Del Mar said.

Bond University runs day courses for journalists on how to critically analyse research.

But former Press Council chair Julian Disney said public criticism of poor reporting could have a significant impact on its own.

“I suppose the difficulty is that it tends to have more of an impact on those media outlets that are trying to do the right thing,” Mr Disney said.

“It wouldn’t have an impact on those that don’t care and are more motivated by profit than by quality.”