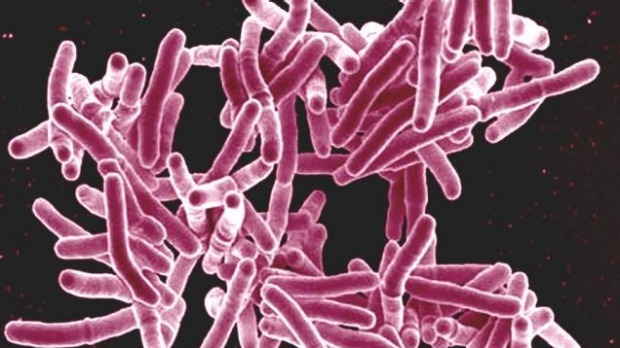 The woman, whose name has not been released, arrived from India at Chicago O’Hare International Airport in April with an active, infectious case of the disease, CDC officials said.

She spent time in Missouri, Tennessee and Illinois before seeking treatment seven weeks after she arrived in the United States.

The woman has been diagnosed with an extensively drug-resistant tuberculosis, known as XDR-TB, a relatively rare type of TB, the CDC said. That form is resistant to many medications typically used to treat the disease, health experts said.

The woman was transferred Friday to NIH in special air and ground ambulances. She was treated in a respiratory isolation unit at a suburban Chicago hospital before she came to NIH.

As of Tuesday afternoon, she was in stable condition in an isolation unit at the NIH Clinical Center in Bethesda, Maryland.

State and federal health officials said they are working to get the passenger manifest for her flight and are trying to identify people who may have had contact with her elsewhere to check for possible signs of TB.

In a statement, CDC officials said the risk of getting a contagious disease on an airplane is low.

State health departments in Illinois, Missouri and Tennessee are tracking down people who may have had contact with the patient. Officials are encouraging people to touch base with health-care providers if they think they have come in contact with someone with TB symptoms, including bad coughs, fatigue, chest pain and fever.

TB germs are spread through the air when a person with the disease coughs, sneezes, speaks or sings. The bacteria can remain dormant in the body before becoming active and infectious.

Tests of skin and blood can be done to determine exposure to TB. Medication can be given to people to prevent the bacteria from becoming active, with treatment lasting up to nine months.

In a statement, NIH said it is taking precautions for the safety of its patients and staff and that the situation is of minimal risk.

The resistant form of TB is rare, with 63 cases reported in the United States between 1993 and 2011. That compares with more than a total of 312,000 cases of TB during the same period, according to CDC data.

Health experts said resistant TB appears in infected people who do not take their medicine regularly, or in people who come from areas of the world where the disease is common.

TB has been especially common in developing countries, with most cases appearing in Africa and Asia. The World Health Organization reported a total of 9 million new cases in 2013, resulting in 1.5 million deaths.