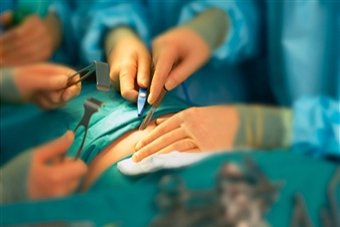 Despite the recent media frenzy over bullying in the medical profession, these stories from the frontline show sexism in the workplace is also a major issue. But the public can help, writes Jo Elms.

Numerous articles have outlined the horror of workplace bullying in the medical workforce recently.

ABC Four Corners aired a program called “At Their Mercy” on May 25 about the bullying culture of medicine. On May 26 The Age printed an article titled “Medicine’s Jekyll and Hyde complex: doctors suffer a cycle of workplace abuse“. And there is even a Wikipedia page titled “Bullying in Medicine”.

But, after a media frenzy in March when senior surgeon Dr Gabrielle McMullin told the Australian public it was more favourable for a female doctor’s career to give sex for favours than it is to report on sexual abuse, we have fallen silent again about sexism in the medical workforce.

As a young woman keen to learn all the relevant skills to be an amazing doctor I was told by a senior surgeon, “there’s no point teaching you how to suture, you’ll end up at home with the babies”. He then went on to teach the five male colleagues in the room and purposely skipped me.

In a random sample of my female colleagues, 15 out of 22 have been told something similar.

It is considered a cultural rite of passage for every female doctor to be treated in a sexist way by male colleagues. Furthermore, it is an unwritten rule that if you report this behaviour or if you don’t comply with sexual advances from senior colleagues you would receive a terrible reference and your career was effectively ruined.

I left medicine for a variety of reasons but many of my dear friends are still stuck in this workforce rife with abuse. They can’t report these stories for fear of losing their career. But I can on their behalf. The stories shared below are from a number of young, highly trained and skilled doctors.

Stories from the frontline

When Amanda was a very green medical student a senior registrar insisted on assessing her clinical performance in a quiet room.

When inside, he sleazily began demonstrating the anatomy of the “renal angle” (medical speak for the small of the back). She asked to leave the room, but her senior colleague stood in front of the door preventing her exit. He asked her repeatedly for a “date” in exchange for surgical experience. The other female interns at the time had also complained of him but nothing further was done.

Lizette was sitting in the surgical change room when her senior registrar changed from plain clothes into scrubs in front of her but refused to put underwear and pants on. He stood there, flashing, whilst telling her about the procedure they were about to do. She told the head of surgery who asked her not to say anything and he would handle it. Nothing was done.

Bianca has been working as a psychiatry registrar for three years. One night she had a male colleague turn up on her doorstep – he had obtaining her number through the hospital switchboard. She has had further propositions for sex while at work. Bianca explained to me that she now only wears baggy, non-fitted suits to work and does not wear makeup.

Mari reported an incident to the head of department when a senior surgeon rested his hand on her breast whilst demonstrating a knee exam. There were five other medical trainees in the room. All saw it, no one commented. In response to her complaint the head of surgery replied, “well of course you can make a complaint if you wish, but I can’t ensure it will be anonymous”. Mari chose not to pursue the complaint for fear of losing her career. Nothing further was done.

Women make up 44 per cent of specialists in training in the medical workforce. However, the numbers of incidences of sexism are not changing. Let’s re-open the conversation about sexism in medicine.

Patients and community members should take action and report the incidences of sexism they see to the hospital, because until the system changes dramatically, my female colleagues can’t, and nothing further will be done.

Doctors don’t die differently than anyone else, researchers say

Racism is the elephant in the hospital room: it’s time we confronted it | Ranjana Srivastava