Allergies are on the rise across the developed world, and hay fever and eczema have trebled in the last 30 years. Yet allergies are an area of much confusion and concern. Although 40% of people report having a food allergy, in fact only 1-5% do, and allergists commonly report spending most of their consultations refuting firmly held beliefs that have no scientific foundation.

Theories about allergy — some from medical research and some from lifestyle “gurus” — have led to conflicting information, making it hard to know what to believe. Because of this, Sense About Science worked with me and a number of allergists, immunologists, respiratory scientists and pharmacists to produce Making Sense of Allergies, a guide tackling the many myths and misconceptions about allergies. One common myth — something that I work on — is the link between allergies and exposure to microbes.

So here is a hygiene and allergy reality fact check:

No. Although a link between allergies and microbes is largely accepted, the idea that more infections during childhood reduces the chance of developing allergies is now discounted. This idea came from the hygiene hypothesis, proposed in 1989, which theorised that the 20th century’s increase in allergies was due to lower rates of infection in early childhood. This hypothesis was based on observations that larger family size protected against hay fever, while smaller families were thought to provide insufficient infection exposure because of less person-to-person infection.

Exposure to a normal range of microbes during the first months after birth is critical to developing the immune system, but there is no evidence that “regular” infections are important to boost general infection immunity or prevent allergies.

Are allergies up because of modern obsessions with cleanliness?

No. Our microbiomes, the population of microbes that live in and on our bodies, have altered from previous generations. This is not because of cleanliness, but because we interact with less diverse microbial environments than those of our largely rural ancestors. The idea that excessive cleaning has created “sterile” homes is implausible: microbes are rapidly replaced by organisms shed from us, our pets, raw foods and dust.

This understanding has come from the “old friends” mechanism, a refinement to the hygiene hypothesis that offers a more plausible explanation for the link between microbial exposure and allergies. It proposes that exposure to the diverse range of largely non-harmful microbes or parasites that inhabit our world are important for building a diverse microbiome that is vital for sustaining a well regulated immune system that doesn’t overreact to allergens like pollen. These “old friends” have co-evolved with humans over millions of years. By contrast most infectious diseases only emerged over the last 10,000 years as we came to live in urban communities.

Old friend microbes are still there, but we have lost contact with them due to lifestyle and public health changes over the past two centuries. Improved water quality, sanitation and urban cleanliness have massively reduced infectious disease, but inadvertently deprived us of exposure to these microbes. Changes in microbial content of food, less breastfeeding, more caesarean sections, urban rather than rural living and increased antibiotic use have also reduced early life old friends interaction.

Will relaxing hygiene reverse the trend in allergies?

No. We now know that relaxing hygiene will not reunite us with our old friends, but carries the risk of increased exposure to other microbes that can cause old and new diseases. Because it was originally called the “hygiene” hypothesis, and because the terms hygiene and cleanliness are used interchangeably, people often assume that “being less clean” implies being less particular about hygiene.

At the same time that allergies have increased, the threats of global pandemics and antibiotic resistance have increased, and hygiene is key to containing these threats. Protecting against infection is not about how clean our homes look or how often we shower, it’s what we do to stop germs spreading.

By using “targeted” hygiene practices such as hand washing, food safety and toilet hygiene, while encouraging everyday interactions with our microbial world we maximise protection against infection, while maintaining exposure to old friends.

No. Excessive use of cleaning and personal care products and antibacterials is sometimes said to be linked to allergies because it deprives us of microbial exposure. Antibacterial products are perceived to exacerbate this. However, because evidence suggests that general day-to-day home cleaning has no impact on microbial levels, it is unlikely to impact on our human microbiome. By contrast targeted disinfectant use, for example while preparing food, can reduce infection risks. 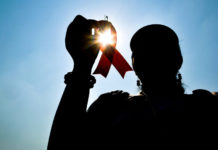 7 myths about HIV and AIDS you need to stop believing 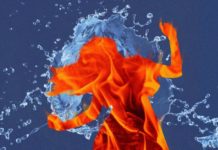 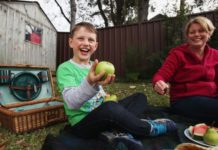