A new mental health unit with the capacity to admit involuntary patients is a “game-changer” for the West Australian system, Mental Health Minister Helen Morton says. 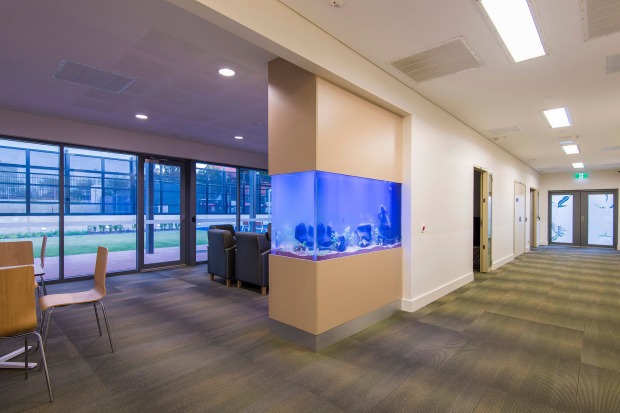 The new unit replaced the existing mental health ward at the hospital and could provide about 700 admissions each year. Photo: Supplied

Ms Morton said the unit replaced the existing mental health ward at the hospital and had 18 open and 12 secure beds, meaning it could provide about 700 admissions each year.

It would provide psychiatric liaison services to general health wards and the emergency department and would also offer intensive day therapy programs focusing on rehabilitation and recovery.

She said there was an emphasis on patient and carer peer support and improving the integration of care between hospital and the community.

Ms Morton told Radio 6PR it was an “amazing” facility.

“Apart from everything else it’s the first time Sir Charles Gairdner Hospital has been able to receive authorised patients, that means people who receive treatment on an involuntary basis, needing a secure facility,” she said.

“It will make such a big difference to the way people can move through the service requirements that are needed sometimes when they are particularly unwell.

“It is a game-changer. I mean, we’ve had terrible situations at SCGH before in which people have come into the emergency department at one of the biggest teaching hospitals in Perth, one of the busiest emergency departments, and if someone required involuntary care they can’t stay there they’ve got to wait till they can be transported to another hospital … sometimes up to 30 hours.”

She said the presence of both voluntary and involuntary beds meant patients moving through a longer stay could do so without needing to be transferred.

“They can have the full suite of services anyone could possibly require as a hospital-based service,” she said.

“There is no doubt that there is significant demand on mental health beds – we have about 12,000 people a year being discharged from various inpatient units’ mental health beds across the state … [but] I want to re-emphasise it’s not necessarily only about the number of inpatient beds.

“There people have to have good services in the community to keep them out of hospital and that’s why we’re focusing so much on the subacute facilities, the new sorts of beds that are in the community where people can access those services at an earlier stage in their illness and not require the very high intensive acute inpatient unit.

“There’s a lot of work that’s happening at the moment to keep people out of hospital but if they do need the hospital we’ve certainly got the additional places coming on now with the new Fiona Stanley Hospital, the new Midland hospital and this new facility … and that’s on top of the extra facilities we’ve put in place already at Albany and Broome and Rockingham.”

She said no one would ever be forced to leave a bed before they were ready but there were always risks and dangers involved in treating people with serious mental illness.

Sometimes no matter everything we can possibly provide somebody, the great support, the best treatment in the world, all of the family support and the community support in place – sometimes, unfortunately, people die from their mental illness,” she said.

The new mental health unit is part of the QEII Medical Centre Redevelopment.

The announcement follows WA Police Commissioner Karl O’Callaghan speaking on Monday about the possibility of up to 24 WA nurses being given limited police powers as part of proposed mental health teams to be called out for crisis intervention. The special powers would allow the nurses to help police who encountered offenders with mental illnesses.

In July, Fairfax Media reported on Members of the Royal Australian College of Psychiatrists WA telling a parliamentary inquiry that the system did not have enough psychiatrists or beds to cope with demand for treatment.

They said the state needed to double its psychiatrists and add 70 acute inpatient beds, and pointed out an urgent need for more beds for 16 to 24-year-olds.

WA opposition mental health spokesman Stephen Dawson said the evidence came at a time when up to 50 per cent of children assessed as needing acute inpatient care were turned away from hospital because there were no mental health beds available.

In October, Mr Dawson revealed WA’s mental health authorities had declared an emergency after running out of beds.

For the fourth time ever, a ‘code yellow’ in Perth – at the peak of demand, 26 people were assessed as being in urgent need of a bed but none was available.

Mr Dawson called it a sad indictment on the system.

Two months later, Fairfax Media reported that 19-year-old Gabriel Lang, unable to get into Fremantle Hospital Mental Health Service because it was closed, left the hospital’s emergency department in agitation after waiting a “couple of hours”.

Later that night he allegedly stabbed his mother in her White Gum Valley home.

His sister and his mother’s partner were also hospitalised with cuts to their hands and the 19-year-old was taken to Fremantle Hospital with self-inflicted stab wounds.

He faces charges of murder and attempted murder, and is next due to appear at Stirling Gardens Magistrates Court on June 24.

Fremantle Hospital Executive Director David Blythe said at the time that after 8pm, people requiring care could go to the Fremantle ED.

Since the hospital’s ED closed on February 3, patients now must go after hours to the 24-hour 30-bed unit at Fiona Stanley. 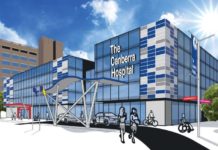