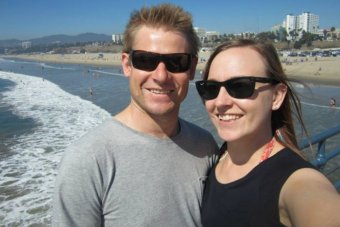 One in 10 Australians are living with chronic kidney disease and most do not know they have it, a new report says.

Around Australia, someone dies from a kidney-related disease every 25 minutes. Of the about 1.7 million Australians who have chronic kidney disease, 1.5 million are not aware they have it.

Given so many people are undiagnosed, doctors are warning of an increasing burden on the health system.

The chief executive of Kidney Health Australia, Anne Wilson, said it was a “silent” and “insidious” disease with few symptoms.

“This is a disease that’s common, it’s harmful, but it’s treatable if we catch it early,” Ms Wilson said.

Ms Wilson said one in six people with high blood pressure also had some stage of kidney disease, but many had not been checked.

Man had lost 80pc of kidney function by his 30s

In the lead-up to his wedding three years ago, Sydney man Nik Pinchbeck went out to celebrate his bucks night.

After drinks with friends, he fell over and hit his head when he got home.

“I woke up the following day feeling very bad and thinking … that I’d done something horrible to myself,” Mr Pinchbeck said.

Doctors told him he did not have a concussion, but routine tests revealed that he had stage four kidney disease.

The 34-year-old said he was shocked by the diagnosis.

“Seven days in hospital allows you a lot of time on the internet to figure out what kidney disease is, so I’ve taught myself a lot.

“For me, it’s a long road to prevention now.”

Mr Pinchbeck said he had made changes to his diet and now sees a renal physician regularly.

Kidney Health Australia’s report looks at how the disease will affect the nation over the next decade.

Dr Tim Matthew, the medical director of Kidney Health Australia, said there was likely to be an increasing burden on the health system by 2020.

Dr Matthew said the “diabetic epidemic” in Australia was also linked to the rise in deaths caused by kidney disease.

“Being on dialysis is a difficult passage of health care. Anything we can do to reduce that or avoid that I think we should do,” Dr Matthew said. 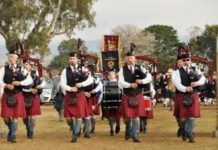