Genderless underwear company Play Out recently featured breast cancer survivors that have undergone double mastectomies without reconstruction as models in order to challenge the way we perceive fashion, gender and bring awareness to breast cancer.

Abby Sugar, the owner of the Play Out told Mashable that the models featured in the campaign are her good friends. One of the models, Emily Jensen, has a support group called FlatTopper Pride that collaborated on the project.

The three models in the shoot, Jensen, Jodi Jaecks and Melly Testa, were all diagnosed with breast cancer at a young age and chose to not have breast reconstruction after their mastectomies.

“We want to share their photographs, stories and experiences with you in the hopes that other breast cancer patients, especially in the LGBTQ community, will find role models, support and inspiration,” the company wrote on its website.

“I don’t like the idea of manipulating my body through surgery by inserting silicone under muscle,” Jensen wrote on her website, “nor would I move muscle or fat from one part of my body to recreate an insensate semblance of a breast.”

One of the company’s core missions since its launch in 2014 is to “push the boundaries and and continue the conversation on gender norms,” according to a press release. The company also notes that the ad is open to viewer interpretation and asks viewers to “embrace landscape without gender borders.” 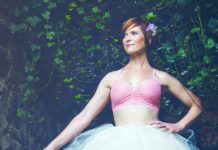 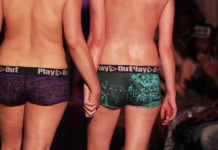 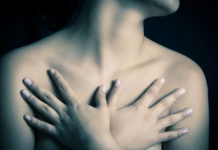 Explainer: why do some breast cancers come back?