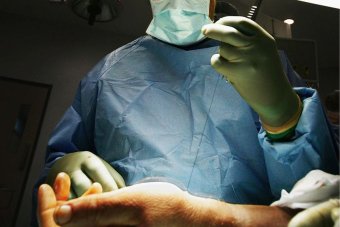 A senior surgeon at one of Australia’s most prestigious teaching hospitals is under investigation after being accused of bullying colleagues and intimidating nursing staff over a period of years.

The ABC has learned that an internal investigation at Melbourne’s Monash Medical Centre was triggered after serious allegations of bullying behaviour towards registrars and nursing staff were recorded in a formal complaint lodged by one of the registrars, who is now a consultant.

The senior surgeon in question is neurosurgeon Helen Maroulis.

In March the hospital’s administration decided that the allegations against Dr Maroulis were unsubstantiated, but the ABC understands that fresh inquiries are now underway.

On tonight’s Four Corners program, a whistleblower reveals that when she offered to relate her own experience of being bullied by Dr Maroulis, the hospital’s human resources department told her that they did not wish to record her evidence, because she no longer worked at Monash.

Imogen Ibbett, who worked at Monash Medical Centre as a neurosurgery registrar from 2011 to 2013, told Four Corners she would sometimes go home and cry after a day working at the centre.

She’d be extremely abusive to the staff. A lot of the nursing staff won’t work with her. A lot of them are very, very scared of her.

“We’re so vulnerable anyway when we’re at that junior stage in our career, and really all the way through our training we’re very, very vulnerable.”

She said while most of the surgeons at Monash were supportive, Dr Maroulis was known for her bullying.

“Overall I had a very positive experience at Monash and I found most of the surgeons there to be extremely supportive and excellent surgeons as well as educators,” she said.

“But certainly a predominant theme was bullying from one of the female surgeons there and really just a constant feeling of fear whilst working there when she was around at work.” 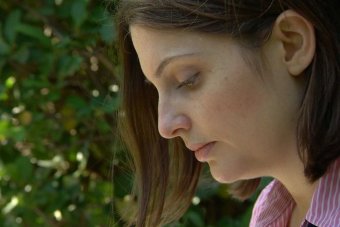 In an email seen by Four Corners, a theatre nurse told the hospital’s administration: “Many of the nurses are afraid of her.”

“When I have to reluctantly scrub for her, I feel my performance can be compromised and I can make mistakes,” the email added.

“She’d be extremely abusive to the staff. A lot of the nursing staff won’t work with her. A lot of them are very, very scared of her,” Dr Ibbett said.

“She shouts at people, she makes unreasonable demands, she grabs the instruments from the nurses, she chucks instruments back on the bed instead of handing them back to the nurses, and they all just generally find her very, very hard to work for.

“And if she feels she’s struggling with a case she certainly will take it out on the nurses or the registrar assisting her.”

Four Corners has also spoken to other colleagues of Dr Maroulis, who say that they too were bullied.

Health news in your inbox

Subscribe to get ABC News delivered to your email, including top health coverage, plus the day’s top news and analysis and alerts on major breaking stories.

Four Corners understands that a separate, independent investigation is being held into Dr Maroulis’ clinical performance.

The outcome of that investigation has not yet been determined, and Monash Medical Centre has not released the conclusions of a report written by two senior surgeons from outside the hospital, which analysed some of the operations carried out by the surgeon.

Dr Maroulis still works at Monash Medical Centre, but is not performing operations.

Four Corners approached Dr Maroulis, but she declined to comment on the allegations.

Offer of evidence knocked back by hospital

Dr Ibbett said that when she telephoned the hospital to offer her own evidence supporting the bullying allegations, she was knocked back.

“I actually contacted the HR department myself and said I would very much like to be involved in the investigation and give evidence,” Dr Ibbett said.

We actively encourage a culture where people feel supported and safe to speak up if they have any concerns about the way they or their colleagues have been treated.

“I was told at that point it was an internal investigation and because I no longer worked at that hospital they didn’t want any input.

“I did point out that I had made a complaint to the head of unit when I worked there but they didn’t want to speak to me.”

In a statement to the ABC, Monash Health said: “As investigations are currently underway, we are unable to comment at this time.”

It said if people that had not already been interviewed wished to be heard, the process would be extended, as appropriate.

“Monash Health has zero tolerance of bullying or harassment and has rigorous processes in place to deal with any complaint or concerns,” the statement said.

“We’re absolutely committed to respecting and supporting the 15,000 people who work with us and are proud of our values of integrity, compassion, accountability and excellence.

“We actively encourage a culture where people feel supported and safe to speak up if they have any concerns about the way they or their colleagues have been treated.

“We share the strong message from the College of Surgeons and support them in wiping out any bullying and harassment in the profession.”

Following the hospital’s initial decision to clear Dr Maroulis of bullying, a former registrar from Monash has taken his complaint to the Royal Australasian College of Surgeons (RACS), alleging that the hospital’s own inquiry was “manifestly inadequate”.

In a statement to Four Corners, the college said: “The Royal Australasian College of Surgeons (RACS) takes the integrity of its training responsibilities very seriously and is committed to providing a safe and fair working environment for all trainees.

“In particular, the college has zero tolerance towards discrimination, bullying and sexual harassment.

“The college can confirm that it has received a complaint about bullying at a Melbourne hospital. This is being investigated in detail by the relevant training board.

It impairs the performance of the person who’s bullied, it impairs performance indeed of the bully themself, and ultimately it’s an issue about patient safety.

“Bullying is primarily a workplace issue and needs investigation firstly by the employer responsible for that workplace.

“The college can then step in and take action as soon as it has evidence that bullying is interfering with surgical training.”

In March this year, the RACS set up an expert advisory group to combat bullying and harassment in the health sector.

Professor Michael Grigg, who was the college’s president at the time, said bullying and harassment “must be notified and must be investigated”.

“This is fundamental to correcting behaviour and ensuring inappropriate decisions or actions are addressed,” he said.

Watch Four Corners: At Their Mercy on ABC at 8:30pm