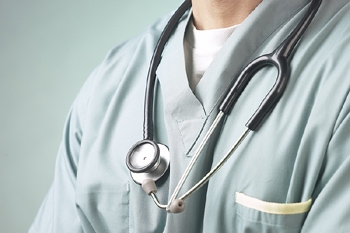 This issue is too important to be mere political fodder. The consequences of another ill-conceived and poorly evidenced proposal will be disastrous. The entire training pipeline must be considered in this argument and the state government and Curtin need an urgent fact check.

This issue is complex. We are not elitists trying to protect our patch; we are simply students with experience in an overwhelmed system trying to be heard. Since I last wrote about the topic, Premier Barnett has continued his misguided support of the proposal and many doctors in the eastern suburbs have jumped on board the promise of a new medical school now conveniently relocated to the city’s east (and key election battleground).

Students are concerned because we are already competing for clinical exposure with what has been an enormous increase not just in medical students (148% in just 5 years) but also in physiotherapy, nursing, occupational therapy and paramedic students.  We are already starting to miss out on vital skills training because paramedics are intubating patients instead of student doctors and we are on surgical teams with 8 students, 2 interns, an RMO, 3 registrars and 2 consultants. When we graduate there is a well known shortage of internships that the state government has been miraculously solving at the eleventh hour in previous years but, as I write, 10 students from UWA are without an internship in 2014. After that, Kim Hames has only publically committed the WA Health system to 310 internships by 2015 – despite UWA and UNDA predicted to graduate at least 330 students in that year. This year we have had 2000 applicants for 700 vocational training positions in Western Australia. Our system is desperately under equipped to train those who are already in it.

As all good politicians do, Curtin has jumped on the Eastern suburbs bandwagon as though it is the last frontier of medical training. The location of a medical school has zero capacity to determine where a student will end up working. Their background may but Curtin has outlined no public commitment or plan to actually recruit from Perth’s eastern suburbs. We do have data showing that student experiences in medical school as well as their background can help determine their future careers. This is why at UWA there is a 25% quota for students with a rural background (the second highest in the country) as well as a separate specialised pathway of entrance for Indigenous students and students from outer metropolitan areas. Curtin wants to introduce just a 20% quota for all of those categories– a move which is far below the national average or target.

There are already many students recruited from and training in outer metropolitan and rural areas. From my conversations with students, placements in these areas are highly sought after because of the opportunity to work somewhere slightly less crowded with students than Perth’s tertiary hospitals. With the development of the new Midland Hospital, more and more students from UWA and UNDA will continue to be placed and trained in the city’s eastern suburbs.

Much of Curtin’s argument has been based on the current and predicted GP shortage, particularly in outer suburban and rural areas. While this is largely accepted, none of Curtin’s proposals will fix these problems. We do have a shortage of GPs but not of doctors or medical students.  In 2007-11 alone, overall medical practitioner numbers in Australia increased by 17.3% but GP numbers grew by only 3.9% over that time – or less than 1% per year. At the heart of the problem is a maldistribution issue and, unlike James Cook University for example, Curtin has no clear goal, strategy or intention of a genuine alleviation of problems except for quoting the buzzwords “rural doctor shortage” and “Midland” in the media.

I am a student of UWA but I am also a student with a rural background and from the outer suburbs of Perth.  So are many of my friends. My colleagues and I are training in nearly every private and public hospital in this state. We do placements at KEMH, PMH, Joondalup, Osborne Park, Bethesda, Hollywood, SJOG, Peel Health Campus, Bentley Hospital, Kaleeya, Mercy Hospital, Perth Clinic, Swan Districts, Armadale-Kelmscott, Brightwater Aged Care, SCGH, RPH, Fremantle, Rockingham, Graylands, Aboriginal Medical Services across the state, Perth’s Sexual Health Clinics and Next Step Rehabilitation Services. We do rotations of up to 12 months in Kununurra, Broome, Derby, Fitzroy Crossing, Halls Creek, Wyndham, Meekatharra, Port Hedland, Karratha, Geraldton, Morawa, Moora, Merredin, Northam, Jurien Bay, Kalgoorlie, Wiluna, Collie, Wagin, Esperance, Laverton, Leonora, Albany, Pemberton, Denmark, Bunbury, Busselton, Dunsborough and everywhere in between. Some students even complete their compulsory rural rotation in the Federal-zoned “rural” area of Falcon because placements are so stretched.

We have been converted from wanting to be surgeons of the left ear to wanting to be generalist physicians, rural GPs and rural obstetricians. We have benefited from programs such as the John Flynn Placement Program, the Rural Australia Undergraduate Medical Scholarship (RAMUS), Medical Rural Bonded Scholarship (MRBS) and the Rural Clinical School (RCS).

Investing money in another medical school is a disaster waiting to happen. We need to invest in the now. We need more GP training posts, we need to help those current students and juniors who want to be GPs in the eastern suburbs and rural areas to get there and we need to examine and improve clinical training for the current and future UNDA and UWA students before we even consider looking at another medical school

We are on our way.

Medical school funding a ‘slap in the face’: Xenophon team