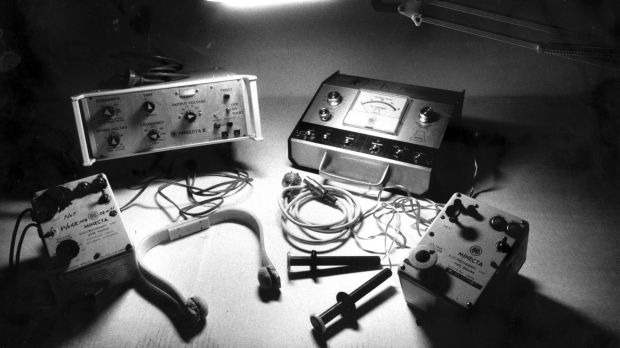 The long-maligned therapy has gained a following in recent years.

The use of shock therapy to treat mental illness has soared over the past decade in Victoria, prompting calls for the Andrews government to impose tougher safeguards and a ban on its use on children.

With figures showing that the rate of electroconvulsive therapy (ECT) has continued to rise in recent years – mostly in the private system – experts have called for a crack down on the controversial practice, which involves inducing seizures by delivering an electronic current to the brain.

According to the latest available figures, Victorian mental health services provided a total of 18,803 ECT treatments between 2011-12, including 194 treatments for people aged 19 or under. However, while the use of shock therapy has increased by just one per cent in the public system since 2005–06, in the private system – for which the state’s Chief Psychiatrist has no jurisdiction – the use of ECT increased by 48 per cent over the same period.

“It’s not properly regulated if the Chief Psychiatrist doesn’t have any jurisdiction, and it also raises the question of whether profit motives are affecting peoples’ judgements on what treatments to give patients,” said Swinburne University professor John Read, a former clinical psychologist who recently conducted a study questioning the effectiveness of ECT.

“The fact that there is no lower age limit for children is particularly alarming. Passing 150 volts through a child’s developing brain is almost certain to have serious adverse outcomes”.

ECT remains one of the most divisive treatments in psychiatric care, with dozens of cities, including Melbourne, taking part this weekend in an international protest against it.

Those in favour of the treatment say it is an effective way to combat severe depression and a safe alternative to drugs that can have dangerous side effects. However, critics claim ECT can cause memory loss, headaches and confusion, and in the past week, The Sunday Age has spoken to several former patients who believe that having the procedure did them more harm than good.

“There are parts of my life that I just can’t recall,” said former teacher John Harrison, who had ECT about 12 years ago to treat mania. “You’re told you need it, but how can a severely mentally ill person make a clear judgement about that when the only advice they’re getting is from the person who wants to give them the treatment?”

The use of ECT on minors has also been a vexed issue for successive state governments. Last term, the Napthine Government resisted pressure to outlaw ECT for children under 13, pointing to clinical advice suggesting it “may be the most appropriate treatment in a limited number of circumstances.”

Mental Health Minister Martin Foley said the Andrews Government “remains concerned about the use of ECT for the treatment of children” and would look at the issue as part of a broader strategy for mental health.

However, the government does not appear to have any current plans to strengthen existing safeguards, with Mr Foley pointing out that Labor had already successfully pushed for amendments to the Mental Health Act last year to tighten controls around the use of ECT on young people.

In Victoria, the Mental Health Tribunal must now approve any ECT to be performed on children and teens. In addition, Mr Foley said, “the Chief Psychiatrist must now report to Parliament each year on the number of people under 18 receiving ECT. After five years from the passing of the Act, the Chief Psychiatrist will produce a report for Parliament detailing the use of ECT in young people, and the clinical outcomes that resulted.”

But others remain unconvinced. Greens MP Colleen Hartland called on the government for an independent inquiry into the short and long-term impacts of ECT on minors, adding that “in the absence of an inquiry to investigate the impact on children’s brains, the Greens oppose the use of electroconvulsive treatment on children.”

Jock McLaren, a psychiatrist of 40 years who has never used ECT, described the procedure as a quick fix that “most definitely causes brain damage and memory loss”, and said that tighter restrictions should be put in place to reduce the rates of treatment.

Deirdre Oliver, a former nurse who organised a protest against ECT at the State Library on Saturday said she believed shock therapy should be banned in Victoria, insisting it is “dangerous and ineffective.”