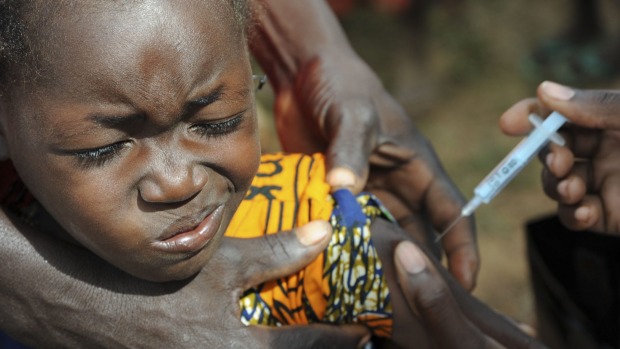 A new low-cost mobile phone app could help save the lives of thousands of children.

Health workers in Africa have started testing a low-cost mobile phone app, developed by Melbourne researchers, which could help save the lives of thousands of children by more easily detecting whether or not they have pneumonia.

The app, designed specifically for non-smart or “feature” phones, helps workers better diagnose the killer illness simply by counting the number of breaths being taken by sick children.

Pneumonia, a leading killer of young children for more than 30 years, causes fever and a faster breathing rate. The app allows health workers, particularly in remote areas, to accurately count breaths so they can distinguish between pneumonia and other illnesses less likely to increase breathing rates, such as malaria and colds.

The app asks for the child’s age and then tells the health worker to press any numerical button on the phone every time the child breathes. The app then gives an estimate of the breathing rate after 10 breaths and again after 20 breaths, before giving a final one-minute count.

Once a faster breathing rate is detected, the workers can diagnose pneumonia and give suitable antibiotic treatment rather than misdiagnose a cold and send the child home where they may die.

Developed by researchers led by Associate Professor Jim Black at the Nossal Institute for Global Health, the app is being tested in Uganda, South Sudan and Ethiopia. It is available in multiple languages. The trial is being run by the Malaria Consortium, with money from the Bill and Melinda Gates Foundation.

Dr Black, who spent more than 10 years working as a doctor and researcher in Mozambique, noted that pneumonia kills between 1 million and 1.5 million children every year, or one child every 20 to 30 seconds. Nearly all of these deaths could be prevented and patients cured.

Deaths from pneumonia have declined little because solutions have seemed too complex, too expensive and too difficult to deliver. Mozambique, for example, only spends around $50 per person per year on health compared with 100 times that amount ($5000) in Australia.

Dr Black said developing a useful app that could save lives required sticking to a set of rigorous design principles and thoroughly testing it before it was used by health workers.

His clinical experience had given him intimate understanding of how health systems and health workers operate in developing countries.

“Imagine that a child has come five kilometres on foot or was carried on the mother’s back,” Dr Black said. Typically, the mother and child wait in a full clinic and are one of the 100 or so consultations conducted by each health worker every day. This  reality is important for the design of the app because a parent and child will only have about two minutes with the health worker. Dr Black said every second counted in developing countries. 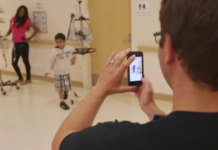 Hospital Uses ‘Pokemon Go’ To Get Kids To Do Physical Therapy