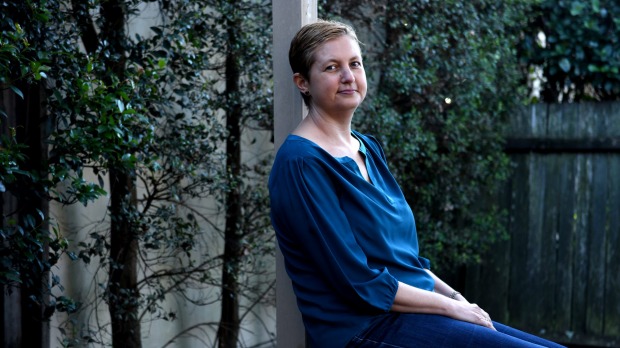 Almost half of women diagnosed with ovarian cancer presented to a GP with symptoms at least twice before being referred to a specialist, a new study has found.

The finding is based on an Ovarian Cancer Australia study of 183 women with ovarian cancer which also found that one in five women had to see a GP about their symptoms three or more times before being referred to a specialist for testing.

The study found 18 per cent of women were diagnosed after presenting at emergency rooms with severe symptoms. Of these women, almost a third had reported concerns about symptoms to a GP three or more times.

A number of women participating in the study reported that their symptoms were not recognised as relating to ovarian cancer. One women saw her GP four times and was told to eat more fibre. Other women told of being repeatedly investigated for Irritable Bowel Syndrome.

Common symptoms of ovarian cancer include increased abdominal size or persistent abdominal bloating, abdominal or pelvic pain, the need to urinate often or urgently, feeling full after eating a small amount, tiredness and a change in bowel habits.

“In all cancers, the earlier that you can diagnose the cancer and the faster that you can get people into treatment, the better the outcomes are going to be,” said Helen Gooden, a senior research and advocacy officer at Ovarian Cancer Australia.

Dr Gooden said the results were not a criticism of GPs. About 1500 Australian women will be diagnosed with ovarian cancer this year, and it was possible for one of the nation’s 32,000 GPs to go through their career without ever seeing a case of ovarian cancer. “But we don’t want one to be missed,” Dr Gooden said.

She said women should speak to their family about any family history of cancer. Inheriting a faulty gene significantly increases a woman’s risk of developing ovarian or breast cancer.

It is believed up to one in five cases of ovarian cancer are inherited. Yet the study found only a quarter of women were asked about their family history by a GP before their diagnosis.

Sydney woman Bridget Whelan encouraged all her female cousins to undergo genetic testing after being diagnosed with ovarian cancer and discovering she had inherited the defective gene from her father. One of her cousins has since had a preventative hysterectomy after testing revealed she also carried the gene.

Ms Whelan said she would like all women who are diagnosed with ovarian cancer to be offered genetic testing.

“Not all women are, and it’s a shame for them and their families,” she said.

Some medications are more effective for women with the faulty gene, and women at increased risk of developing ovarian cancer because of their genes may qualify for special screening programs.

Ms Whelan is about to start treatment for the second recurrence of her cancer.