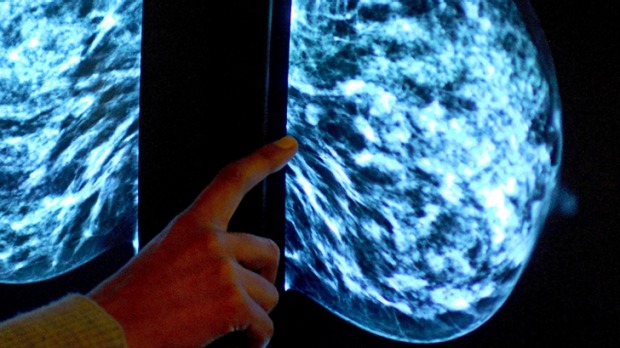 For every older woman whose life is saved by screening for breast cancer, another is treated unnecessarily for a harmless condition. Photo: Rui Vieira

Hundreds of Australian women are being “over diagnosed” with breast cancer every year that was never going to cause them harm and about 35,000 are receiving false positive results from mammograms, a leading breast surgeon says.

Speaking at the Royal Australasian College of Surgeons’ annual scientific congress, Professor of surgical oncology at the University of Western Australia, Christobel Saunders, said while mammography undoubtedly saved some women’s lives and was still useful for women over 50, some were being harmed by it.

For every 1000 women aged 50-74 who follow the recommendation to be screened every two years over a period of 25 years, she said about eight lives would be saved. But another eight women would also be diagnosed and treated for cancer that was not going to cause them harm throughout their life. The trouble is, doctors don’t have tools to differentiate the indolent cancers from the problematic ones that should be treated.

However, Professor Saunders said the “over diagnosed” group were more likely to be those with low-grade forms of cancer known as Ductal Carcinoma In Situ (DCIS) which sometimes led to surgery and radiotherapy.

She said research was underway in the UK to test whether women diagnosed with these lower grade DCIS cancers would be better off “watching and waiting” with regular mammograms, rather than having other harmful treatments.

Depending on the results, it was possible this sub-set of diseases would be renamed in future to something other than “cancer”. This may change the way women feel about the diagnosis and the action they would want to take after being diagnosed.

“It all comes down to how you tell a woman what that is. It’s a bit like prostate cancer. We know for early prostate cancer, particularly in older men, that watchful waiting is a good idea,” she said.

Professor Saunders, a consultant surgeon at Royal Perth Hospital and St John of God Hospital in Perth, said there were also about 35,000 women being recalled after mammograms for re-testing every year because of false positive results.

For every 1000 women aged 50-74 who are screened every two years, 45 will be called back for further tests, which may include a biopsy. Of those women, 39 will be cleared of cancer and six will be diagnosed with it.

Although emerging information about “over diagnosis” of breast cancer has caused fierce debate among doctors from different specialties, with some accusing screening advocates of having a vested interest in it continuing, Professor Saunders said researchers were now trying to work out if they could better identify women at low and high risk, so screening could be more targeted and the risks of it reduced.

Other things known to slightly increase the risk of breast cancer at a population level include being overweight, taking hormone therapy or the contraceptive pill over a long period of time, and not having children before the age of 30.

“One thing we’d really like to do is work out if we could inform women to look a bit more carefully at what their actual risk of breast cancer is, so they could modify not just their surveillance but also what they do about it. There are things that can decrease your risk (such as)… not being overweight, doing exercise and moderating your alcohol,” said Professor Saunders.

She said women could already get an estimate of their risk through Cancer Australia’s risk calculator. Women who are at high risk could choose to take additional precautions such as having increased surveillance through the use of MRI scans and performing more regular self-examinations.

Women interested in understanding the benefits and harms of mammography screening should also read a brochure produced by Cancer Australia, Professor Saunders said.

“I would love to see those brochures more widely used and understood, and I would like GPs to understand them too, because GPs will often be the ones who prompt women to go and get screened.”