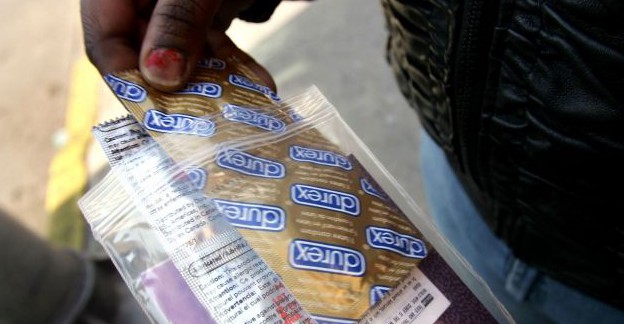 It’s widely known that gender inequality contributes to the spread of HIV, both through increasing infection rates and reducing the ability of women and girls to cope with the epidemic. But a new study suggests that promoting more equitable gender norms among young women may encourage them to take more protective action against HIV.

Published in the journal PLOS ONE, the study found that HIV-positive South African women under the age of 26 were more likely to have used a condom during their last episode of sexual intercourse if they had more gender-equal views, while those who had a more male dominant perspective were less likely to have done so.

“Gender norms are social and cultural constructions of the ways that women and men are expected to behave,” said study co-author Dr. Nuala McGrath, of the University of Southampton in the UK. “For women, gender norms can reinforce their unequal position in a relationship and in wider society – this could reduce their ability to refuse sexual advances and to negotiate safer sexual practices, including condom use.”

Conducted in KwaZulu-Natal, an area of rural South Africa with the highest prevalence of HIV amongst adults, the study involved 530 sexually-active HIV-positive women and men. While attending a clinic for HIV care, the participants were questioned about their views and experiences of gender norms, relationships, sex and HIV disclosure, as well as about their sociodemographic and socioeconomic status.

The researchers found that both men and women were likely to have more equitable gender norms if they had a higher level of education, and that among young women, more gender-equal views were linked to greater condom use in their most recent sexual encounter.

Explaining why women with less gender-equal views may be less likely to practice safer sex, Dr. McGrath says the belief that men are the more dominant gender can reinforce a woman’s feeling of inequality in a relationship and in society as a whole. “This could reduce their ability to refuse sexual advances and to negotiate safer sexual practices, including condom use,” she adds.

The study results also revealed that women were more likely than men to have had a partner who insisted on sexual intercourse, and that unwanted sex was linked to lower condom use among women. Additionally, both men and women who told their partner about their HIV status and who knew their partner’s HIV status were much more likely to have used a condom during their last sexual encounter, according to the findings.

“Although partners’ HIV status didn’t seem to have an impact on condom use, knowledge of a partner’s status was an important factor, suggesting that communication between partners plays a critical role in safer sex,” said Dr. McGrath. However, the team also found that high levels of perceived stigma linked to HIV often prevented condom use among women.

Gender and the HIV/AIDS epidemic

Across the world, the HIV/AIDS epidemic has seen a dramatic change in the pattern of male/female infections in recent years. Early cases in many countries were concentrated in male homosexuals and intravenous drug users, but as the epidemic has spread there has been a progressive shift towards heterosexual transmission and increasing infection rates in females. The reality today is that, globally, more women than men are now dying of HIV/AIDS.

According to the World Health Organization, unsafe sex is the single leading risk factor contributing to deaths among women of reproductive age. While condom use has generally increased over sub-Saharan Africa in recent years, it still remains a major barrier to HIV prevention, with some countries — such as Ivory Coast and Uganda — actually seeing a decline in condom use.

Based on their findings, the team concludes that gender equality may be an important factor for condom use among young HIV-positive women, adding: “Strategies to address gender equity should be integrated into positive prevention interventions targeting both women and men, and supported by efforts at a societal level to decrease gender inequality.”