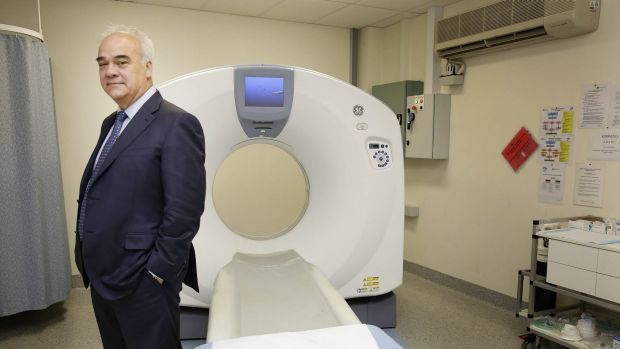 “What we’re doing is making sure the business is agile enough to compete in the environment we find ourselves in,” new Primary Health Care chief executive Peter Gregg says. Photo: Jessica Hromas

New Primary Health Care chief executive Peter Gregg says if the government does not remove its freeze on rebates paid to doctors, bulk billing GPs will be forced to charge a co-payment to cover their costs.

However in a change of approach for the healthcare company, Mr Gregg has said that Primary will be more collaborative and work with governments to ensure they are getting the most bang for their healthcare buck.

Mr Gregg started at the $2.6 billion medical centre, pathology and imaging provider in March, after founding managing director Edmund Bateman stepped down in January due to illness. Dr Bateman, who established Primary in the 80s with a medical centre on Sydney’s northern beaches, has been a strident critic of government health policies.

However in his first interview since taking on the job, Mr Gregg has signalled a change of tack. “If the government decides to adjust what and how they pay for different services under any element [of the business], whether it’s imaging, pathology or medical centres, we will react in a way that [ensures] we continue to provide the best clinical outcomes for patients and financial outcomes for stakeholders,” he said. “There’s no challenging the government’s right to do things.”

Primary is highly exposed to changes in policy, given most of its medical centres are bulk-billing only and so are funded through the Medicare Benefits Schedule. It also receives revenue from the government for pathology and imaging.

Health Minister Sussan Ley dropped the contentious co-payment for GP visits in January when the issue became a political nightmare for the Coalition after after doctors vowed to fight it with waiting room propaganda.

But the ballooning healthcare budget remains a problem for government. Ms Ley announced a review of all services funded under the MBS, including pathology and imaging. A previously announced freeze on the indexation of MBS fees paid to GPs will remain until 2018, but is up for discussion as part of the review. Mr Gregg said with costs on the rise for GPs, some extra charge would be “inevitable” given their wages are not rising.

However Mr Gregg said Primary had access to reams of data, which could assist in easing the government’s woes. Primary’s 58 large medical centres serve about 6 per cent of the population, he said.

The former Qantas and Leighton Holdings executive said his career had taught him the importance of being flexible in a rapidly changing sector. Under former Qantas CEO Geoff Dixon he also learned that “communication is core”. “Making sure others around you understand where the company is, not just staff and doctors, but also people outside the company,” he said.

Mr Gregg confirmed he had appointed UBS to run a strategic review of the business, but declined to go into detail as to whether Primary was a buyer or seller of the assets Dr Bateman had accrued, which include a small private health insurer, a GP software business, a fertility clinic business and a stake in laser eye surgery outfit Vision Eye Institute.

“What we’re doing is making sure the business is agile enough to compete in the environment we find ourselves in.”

However he said Primary’s health software business, which has annual revenue of about $36 million and has struggled to grow, had “enormous potential”. It would be a fourth pillar of the business, he said. “It can connect the three arms of our business very well which is something other parties can’t do.” 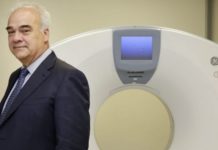 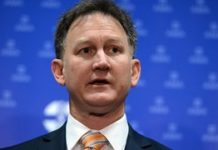