With her lies about having cancer and her willingness to cash in on the hopes of actual cancer patients, Belle Gibson – the Australian woman behind The Whole Pantry app – is indicative of our run-down, self-indulgent and narcissistic moral world, right?

From an insatiable desire for fame and attention to the shallowness and consumerism of the wellness and New Age movement, Gibson’s tale of deceit embodies all that is wrong with the modern world. Or so the thinking goes.

But there’s a different story to be told here: one that focuses not on Gibson’s shocking lie that she healed herself naturally of cancer but the overwhelming moral response to her mass deception and the social role this plays.

From a raging Twittersphere to talk-back radio to water cooler conversations, the backlash to Gibson’s deceit reminds us that we have a strong and lively moral culture.

The collective disgust works, effectively, to reinforce the values we hold dear.

You know the argument: Western culture has been overtaken by an “anything goes” relativism and as a result we have lost touch with foundational moral laws and principles. Without the moral anchors of the past – community, religion and tradition – we are left bobbing on the ocean without a moral compass.

The growth of self-help or “therapeutic” culture gets wrapped up in this narrative of decline. Belle Gibson, of course, had been elevated to a modern-day god of our wellness and self-improvement culture.

Gibson’s Whole Pantry brand provided an exemplary story of the power of the “self-improved”. The idea of beating cancer through a commitment to wellness and healthy eating strikes a major chord within a culture that accords so much importance to choice, wellness and self-improvement. As the motto of The Whole Pantry states: “Your Whole Life, Starts with You”.

For some, Belle Gibson’s lies are the fulfilment of New Age thought and the contemporary turn to self-improvement. JR Hennessy, in The Guardian, located Gibson’s fall from grace as part of the inevitable commercialisation of the New Age and its hollow culture of self-fulfilment and faked authenticity.

On this analysis, health gurus, new age dieters, meditators, anti-vaxxers and the paleo set are lumped in one big pile of narcissism and irresponsibility.

A lively moral discourse: reminding ourselves about what matters

There may be merit in the concerns being expressed about wellness culture – especially in its more extreme faux-miracle forms. But the important lesson to draw from Gibson’s exposure is the health and vitality of morality in our culture.

Despite all the hand-wringing about moral relativism and the like, the outrage Gibson has provoked shows that we are actually very quick to point out moral wrongs and to seek to restore the balance.

A quick scan of the Twitter hashtag #bellegibson reveals a wide range of moral commentary. There are people calling for punitive action and incarceration and others pointing to her “extraordinary irresponsibility”. Still others are treading a more sympathetic line, highlighting the harm of internet shaming and Gibson’s fragile mental state.

This reaction suggests we have a keen sense of what the moral rules are and when they have been transgressed. We might not precisely agree as to what those rules are – but in our daily lives we question what constitutes the good life.

Proponents of moral decline overlook this “water-cooler” morality: how moral life is established and created in the relationships, communication and moral discourse of everyday life.

Culture works here as a series of moral antibodies that seek to redress violations of shared basic moral principles and values. In the Gibson case, these are truth, justice and a sense of fairness.

As 19th-century sociologist Emile Durkheim famously argued, deviance plays a healthy role in society, working to clarify social norms, to preserve the moral boundaries of the community, and to help strengthen feelings of cohesiveness.

Belle Gibson may reveal our vulnerability to be hoodwinked by food fads and wellness warriors but the response to her transgressions is a powerful reminder of the values we share in common – and what happens when you violate them.

The next question our moral culture must ask itself is how healthy is it to publicly shame a vulnerable person, and what is the right balance between culpability and sense of care and generosity to those who have done the wrong thing.

It is arguably the latter which provides the strongest test of the health of a moral society.

See also:
The ‘hole’ in the pantry story: should Penguin have validated Belle Gibson’s cancer claims?

Nicholas Hookway does not work for, consult to, own shares in or receive funding from any company or organisation that would benefit from this article, and has no relevant affiliations. 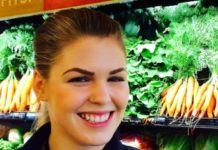 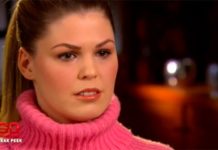 Belle Gibson: court asked to compel her to assist with consumer affairs inquiry 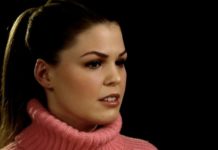