There will be more people suffering from diabetes-related illness, including blindness, unless changes are made to healthcare in the Northern Territory, the head of an Indigenous health research organisation has warned.

Current methods of delivering healthcare to Indigenous people in the Northern Territory are not working and are often culturally inappropriate, Menzies School of Health Research director Allan Cass told a Senate Select Committee for Health in Darwin on Monday.

Professor Cass said treatment for chronic illnesses like kidney disease is problematic, because it takes Indigenous people away from their country.

Professor Cass also said health programs rolled out on a national level were often inadequate for the Northern Territory.

“Our national schemes totally fail to take account of the complexity and cost of the resources that are needed to deliver quality services and undertake research that will make a difference.”

The committee has heard 45 per cent of Indigenous health contacts are for dialysis or kidney-related problems, and Professor Cass said if the system did not improve, it would have devastating impacts on Indigenous people.

“We’ll have more people on dialysis, more people who can’t see because of diabetic complications.”

The committee’s chairperson, Labor Senator Deborah O’Neill, said any increase in the cost of visiting a doctor will have a significant impact on people living in remote communities.

“What we certainly know is that the Government is still talking about a price signal to put a gap between people and their doctors,” she said.

“Any increase in point of care cost, such as a co-payment or an increase in payment to prescription medicines is just going to really impact negatively on people’s health, particularly Aboriginal and Torres Strait Islander people.” 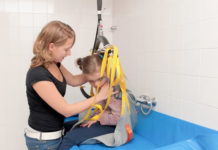