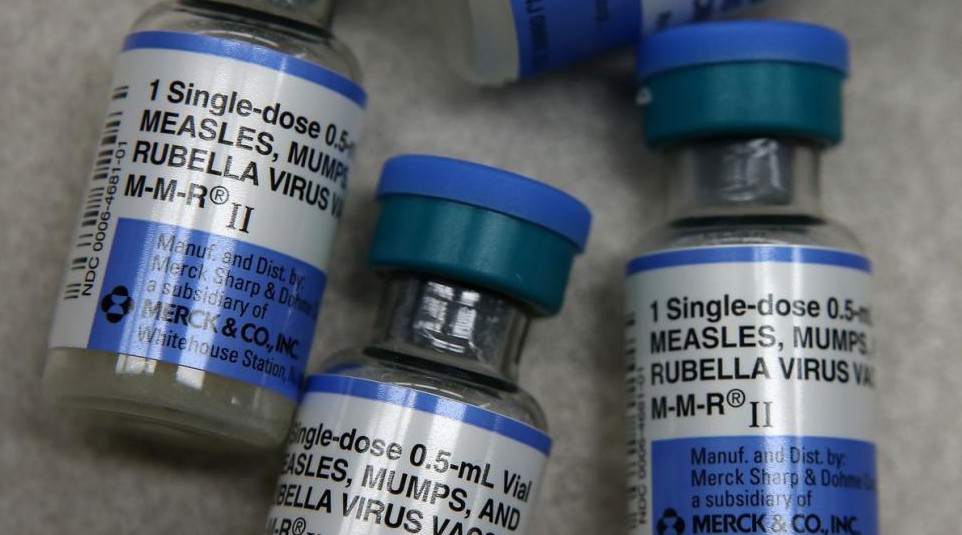 A study published Tuesday in the Journal of the American Medical Association has found no link between the measles-mumps-rubella (MMR) vaccine and autism, even in children considered to have an elevated risk of developing the disorder. The findings add to an extensive body of research — one that includes well over 100 independent studies — confirming the safety of the childhood vaccine.

For the study, researchers led by Dr. Anjali Jain of the Lewin Group in Falls Church, Va., examined health records of 96,000 U.S. children born between 2001 and 2007 to look for any possible connection between MMR vaccinations and autism spectrum disorders (ASD). The results of the investigation were unambiguous:

“In this large sample of privately insured children with older siblings, receipt of the MMR vaccine was not associated with increased risk of ASD, regardless of whether older siblings had ASD. These findings indicate no harmful association between MMR vaccine receipt and ASD even among children already at higher risk for ASD.”

Of course, these results aren’t exactly surprising. The safety of the MMR vaccine has been tested and proven in countless studies over the past few decades, while the supposed link between vaccines and autism has been debunked time and time again. Major public health organizations, courts all the way up to the Federal Circuit, and even the journal that published the fraudulent paper that initially set off the MMR vaccine scare all agree on one thing: vaccines do not cause autism. On top of that, the Institute of Medicine, an independent group that advises the U.S. government on health matters, has even strongly advised that researchers stop wasting their time looking at vaccines and look elsewhere for the causes of autism.

So why are we still devoting resources to study a question that we already know the answer to, instead of advancing our understanding of autism?

You can thank the anti-vaccination crowd for that.

As conspiracy theorists are wont to do, anti-vaccine activists frequently move the goalposts for their arguments when confronted with evidence disproving their ideas. As one science writer described, “this involves continually changing the standards of evidence deemed necessary to convince anti-vaccinationists of vaccine safety so that they can’t be met and constantly coming up with new causation hypotheses that share only one thing in common: it’s always about the vaccines.”

Over the years, as more and more evidence has debunked their claims, anti-vaccine activists have been forced to shift their hypotheses to keep their ruse going. When studies conclusively debunked their claims about the supposed harms of the thimerosal preservative in vaccines (which has not even been used in the MMR vaccine since before 1999), the anti-vaccine crowd simply changed their story. Before long, Jenny McCarthy was declaring that it was the “toxins” in vaccines that were causing autism, while the anti-vax group Generation Rescue was asserting that children were getting “too many too soon.” When those claims were also debunked by scientific research, anti-vaccination activists came up with a new one: This time, they conceded that vaccines might be harmless to most kids, but insisted that some children have a susceptibility that is “triggered” by the vaccine.

While scientists aren’t usually in the business of studying conspiracy theories, this issue is different because it has real public health consequences. Swayed by misinformation, some parents are now refusing to vaccinate their children. As a result, immunization coverage in some communities has dropped below the threshold for herd immunity, leading to outbreaks like the recent one linked to unvaccinated visitors at Disneyland.

So in the new study, Dr. Jain’s team set out to investigate the latest anti-vax hypothesis. To do that, the researchers looked at children whose older siblings had been diagnosed with an autism spectrum disorder (ASD), as they are considered to be at higher risk of developing these conditions themselves. The study was designed to investigate whether these high-risk children were more likely to develop an autism spectrum disorder after receiving an MMR vaccine than those with older siblings not diagnosed with ASD.

As expected, kids with an older sibling who had an autism spectrum disorder were more likely to have autism — about 7 percent of them did, compared with slightly less than one percent of children with non-autistic siblings. Children with an autistic sibling were also found to be about 10 percent less likely to have been given an MMR vaccine than those with a non-autistic sibling, possibly because of unfounded concerns about the safety. But when the researchers compared vaccinated and unvaccinated children, both those who did and did not have an older autistic sibling, they found no increased risk for the disability among any of the children.

“Consistent with studies in other populations, we observed no association between MMR vaccination and increased ASD risk…,” the researchers wrote. “We also found no evidence that receipt of either 1 or 2 doses of MMR vaccination was associated with an increased risk of ASD among children who had older siblings with ASD.”

Overall, the risk of autism was less than one percent in vaccinated kids, whether they had an older sibling with autism or not — a finding that dismisses the idea that vaccines trigger some sort of pre-existing vulnerability in high-risk children.

“Even for children who are high-risk, the vaccine does not play a role,” Dr. Jain told Reuters Health. “We don’t know what does unfortunately, but it’s not the MMR vaccine.”

In other words: the MMR vaccine and autism have nothing to do with one another for any child at any time in any place in any universe. The science is settled on this point. So rather than continuing to throw money at fruitless investigations into a long-disproven link, Dr. King says future research should focus on promising new lines of evidence, such as identifying autism risk factors in the prenatal environment. 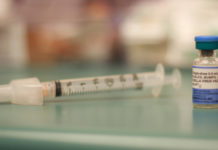 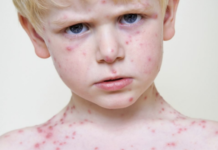