Researchers behind the world’s first comprehensive clinical study of veterans’ mental health challenges hope they can earlier identify those at risk of developing problems while they are still in service.

The research which will commence later this year will involve veterans under the age of 50 who have deployed to conflicts, peacekeeping and humanitarian operations post-1972 including Somalia, Rwanda, East Timor, Solomon Islands, Iraq and Afghanistan.

It will address reintegration problems adjusting to a return to civilian life including health and wellbeing, relationship and employment challenges; mental health issues including depression, anxiety and PTSD and the risk of suicide or forming suicide ideas among young Australian men or women returning from active service.

The study will be officially launched in Brisbane today and also marks the start of this year’s RSL Queensland Anzac Appeal.

Speaking on 612 ABC Brisbane, GMRF chief executive Miriam Dwyer said one of the things identified from early research, clinical work and anecdotal stories was that it was not just specifically PTSD that was the issue.

“It’s more broad than that. It’s mental health challenges in relation to reintegration back into civilian life,” Ms Dwyer said.

“That can manifest itself in many ways it’s the depression, it’s the anxiety, it’s feeling isolated from what they’re familiar with.

“What we hope to do with this research is really identify ways we can more clinically identify those at risk of developing those problems with adjustment much earlier and while they are still in service.

“So we can have a pathway for recovery or pathway of building off that resilience and … helping them with those skills for adjustment back into civilian life in a more organised and streamlined way.”

Ms Dwyer said studies in the past have relied on self-reporting.

“So lots where we rely on veterans to complete questionnaires and collect that data,” she said.

“We’re focusing more on the clinical side of things as well. We will also be looking at biological impact, so looking at genetics and looking at biomarkers around PTSD and focusing our area of expertise.”

Ms Dwyer said there would always be a challenge with self-reporting with serving servicemen and women.

“There’s no doubt there’s reluctance I guess to put the hand up and to ask for help,” Ms Dwyer said.

“That’s changing and I think the Australian Defence Force (ADF) are doing really good job of encouraging those soldiers who are having issues to seek out help and there is programs within ADF to help them including soldier recovery centres on base.

“But at the end of day it’s up to the individual and I know there is a challenge when it comes to concerns they won’t be redeployed or will be moved quickly out of the position they love so much.

“That’s a challenge we’re all working on.”

“It brings together clinical researchers, scientists, PTSD patients, and they’ve collaborated on a whole range of things … and that’s what’s been missing in the research to date, the correlation between the physiology and mental health,” he said.

Mr Meehan said there was a dire need to better understand the challenges veterans face.

“There’s an estimation of suicide among former soldiers is three times Australian combat losses in Afghanistan and our desire is it will help to overcome some of the stigma that is attached to those who have poor mental health,” he said. 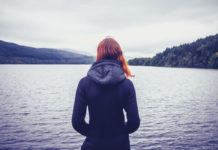 Mental health changes should be judged on outcomes, not promises 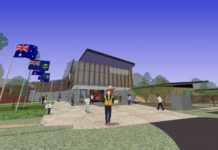 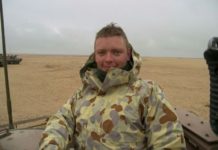