Ducks, swans and other waterfowl on the River Torrens will be examined by Adelaide researchers for signs of bird flu and other avian viruses over the next 18 months.

The birds will be trapped at four sites on the river, with swabs taken and then tested, to get a better picture of their health and wellbeing.

The project – nicknamed ‘duckwatch’ – is being carried out by University of Adelaide scientists, who said the data could help maintain biosecurity on farms.

Lead researcher Dr Toni Dalziel said the birds would be checked on a fortnightly basis.

“We know that if you catch, say 100 ducks, you will find avian influenza but the actual percentage you’re going to find it [in] changes depending on the species and the environment,” she said.

“I’m predicting we will find five or six different strains of the virus at any one time and that we’ll actually find new strains coming into the population as well.

“We will get an idea of how the populations change and how quickly we’re getting strains in, which can help with when you do your surveillance.”

The project is the first of its type in South Australia and follows a similar study in northern Queensland.

Dr Dalziel said the work would go towards her PhD thesis, and said the monitoring effort would require volunteers.

Dr Dalziel aimed to reassure potential helpers, saying the deadly H5N1 strain of bird flu had not been seen in Australia.

“The strains that we’re looking at are highly unlikely to transfer from birds to mammals,” she said.

Research fellow Rebecca Boulton said metal bands would be attached to the birds’ legs to keep track of them.

“The information on these birds will then go to the Australian Bird and Bat Banding Scheme in Canberra,” she said.

“Maybe someone will pick up [a] bird up dead along the river in 10 years’ time, and so that band will be returned to Canberra and we can get a history on that bird, on how long it’s lived and how far it’s moved.” 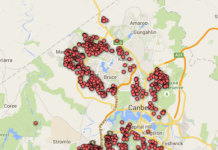