Around a quarter of the world’s population is affected by low back pain, one of the ten leading causes of disability globally. But the painkiller routinely prescribed to most of these people may not only be unhelpful, it may actually be causing harm.

Apart from the obvious discomfort it causes, low back pain is among the main reasons for work absenteeism. According to the World Health Organization, it’s responsible for more than 100 million workdays lost per year in the United Kingdom and the loss of 149 million workdays or US$200 billion a year in the United States. In Australia, it’s the main medical condition keeping older people away from the workforce, and it’s associated with treatment costs of almost A$5 billion every year.

On the wrong track

Approximately nine out of ten people visiting a doctor because of low back pain don’t have a serious problem with their spine, such as a fracture, for instance, or any involvement of nerve tissue. For these patients, back pain is likely the result of strain or stress to lumbar spinal structures, including the muscles, ligaments or discs or a combination of all three.

Although it’s not possible to pinpoint the exact cause of low back pain in most people, we do know that the pain will resolve within six weeks for more than six out of ten. Clinical practice guidelines, which doctors use to help treat their patients, recommend that people suffering from low back pain should, in the first instance, be given a prescription for painkillers, such as paracetamol.

But research my colleagues and I published today in the BMJ shows paracetamol in particular is not only ineffective for treating low back pain, it may actually lead to toxicity in the liver when used. Not surprisingly, we think it’s time to review current recommendations for managing low back pain.

The study we published was a review of 13 trials published around the world, and reported on the effects of paracetamol based on more than 5,000 patients.

Significantly, the research highlights that a greater proportion of people being treated with paracetamol will have abnormal liver function tests, which might indicate liver toxicity. We also found paracetamol was neither effective nor safe for the treatment of osteoarthritis.

Our findings are published weeks after another study confirmed an association between paracetamol use and increased risk of premature death, and cardiovascular, gastrointestinal and kidney disease. This link became apparent after four weeks of using the painkiller, and after 22 days of use, the risk of hypertension doubled.

This research also suggests reviewing the recommendations about prescribing paracetamol.

We do have other treatments for low back pain that are safe and effective. We know, for instance, that reassuring people with a new episode of low back pain of the benign nature of their condition, and impressing the importance of keeping up with normal daily activities will speed their recovery.

People with low back pain should discuss safer, more effective non-pharmacological options, such as physiotherapy, with their doctors. For those who fail to recover within six weeks, treatment options might need to include long-term lifestyle changes, including exercise and weight loss. They may also consider changing how they deal with the pain they’re feeling by focusing more on what they can do, rather than on what they can’t.

So while there might not be a quick fix for low back pain, there are ways to help people get better. Being more active and keeping your weight in a healthy range are two things that will help and they are also recommended for other chronic non-communicable diseases. These measures have excellent impacts on general well-being as well.

Manuela L Ferreira receives funding from Sydney Medical Foundation and Arthritis Australia. These are in no way related to the work discussed in this piece. 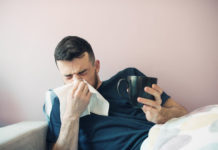 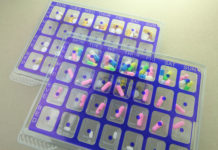