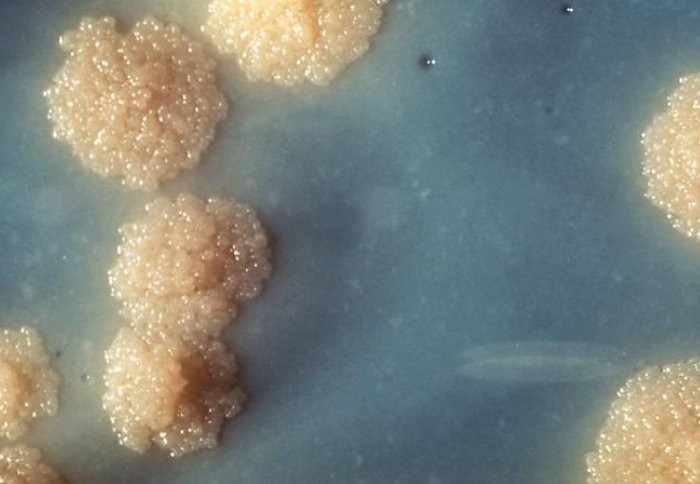 Scientists have for the first time used DNA sequencing to trace the fatal spread of multidrug-resistant tuberculosis between patients in the UK.

Genetic analysis of the TB bacteria revealed how a 44-year-old man who died of the disease in 2012 caught the drug-resistant infection from a healthcare worker who had worked in South Africa, when both were admitted on the same medical ward four years earlier.

TB is spread by inhaling tiny airborne droplets from an infected person. The bacteria can survive in the lungs for long periods without causing symptoms — known as latent infection.

Most infections can be treated with antibiotics, but some forms of TB are resistant to drugs. Multidrug-resistant (MDR) TB, which is resistant to at least two of the main treatments, has become more common in the UK, increasing from 28 cases per year in 2000 to 81 in 2012.

“Multi-drug resistant TB is a real problem in the UK,” said Dr Graham Cooke, lead author of the study, from the Department of Medicine at Imperial College London. “It takes a lot of time, effort and resources to treat, and treatment is less successful.”

In 2010, the Health Protection Agency (now Public Health England) began performing genetic tests on samples of TB bacteria to help identify links between patients and better understand how infections are passed on.

In an article published in Emerging Infectious Diseases today, researchers report using this genetic information to trace the source of infection in a British patient who had never travelled abroad. The DNA profile of the bacteria sample was matched to that of a patient who died in 2008. The second patient had worked as a healthcare worker at Tugela Ferry Hospital in South Africa, the location of a serious outbreak of drug-resistant TB in 2005, but was healthy upon moving to the UK to work.

Admission records established that both patients were admitted on the same medical ward in a UK hospital for eight days in 2008. As is typical with TB, the infection didn’t manifest itself in the second patient until four years later, when he was admitted to hospital and ultimately succumbed to the infection.

“Genetic sequencing enabled us to establish beyond reasonable doubt that a patient who died of multidrug-resistant TB caught the infection from another patient at a hospital in the UK,” said Dr Cooke. “Genome sequencing of pathogens is becoming part of routine practice for establishing transmission patterns for TB and other infectious diseases. This sort of analysis will help to improve our understanding of how diseases spread and identify more effective ways to stop them.

“In this case, the infection was traced to a healthcare worker. At a time when Ebola is in the news this reminds us that healthcare workers are vulnerable to many infections and, if not diagnosed, have a high risk of passing them on.”

The study was supported in part by the National Institute for Health Research (NIHR) Imperial Biomedical Research Centre, the NIHR Health Protection Research Unit (HPRU) in Healthcare Associated Infection and Antimicrobial Resistance and the NIHR HPRU in Respiratory Infections, both at Imperial College London in partnership with Public Health England.

Professor Alison Holmes, Director of the NIHR HPRU in Healthcare Associated Infection and Antimicrobial Resistance at Imperial College London, said: “The work of Dr Cooke and colleagues reinforces the fact that effective infection prevention measures are critical for protecting the lives of patients and healthcare workers globally. The paper illustrates the importance of genetic profiling in identifying and pinpointing transmission and investigating outbreaks. The development of more rapid diagnostics and molecular epidemiology will be invaluable in addressing the spread of infection and drug resistance.”

The above story is based on materials provided by Imperial College London. The original article was written by Sam Wong. Note: Materials may be edited for content and length.