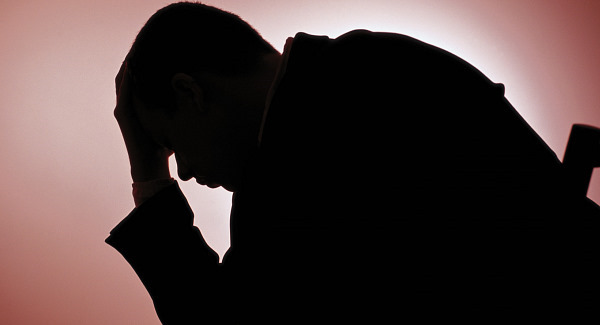 Unemployment can take a toll on a young person’s mental health, laying the foundation for what can eventually grow into depression, according to a new study by the Centers for Disease Control and Prevention.

Researchers from the federal agency and a host of state health departments compiled data from the Behavioral Risk Factor Surveillance System, and conducted a survey of Americans between the ages of 18 and 25. Inquiries explored various aspects of their life, including employment while controlling for race/ethnicity, gender, education, and marital status.

Their findings determined that 12 percent of people within that age bracket were depressed. But for those without jobs, the risk of depression more than tripled. The researchers, a pair of public health experts from Emory University in Atlanta, also found that unemployed people who had disabilities were five times as likely to be depressed as their counterparts.

This new research highlights what could the likely consequence of failing to address an issue that has plagued the youngest cohort of Americans eligible for employment since the turn of the century. Even with the national unemployment rate at less than six percent, young people between the ages of 18 and 25 still lag behind their older and more experienced counterparts. The unemployment rate among that age group currently stands at more than 12 percent, triple than that of those between the ages of 35 and 54.

While the CDC study, like previous research, couldn’t determine if depression causes unemployment or vice versa, experts warn that failing to address the mental stress of joblessness can have long-term consequences that may prevent young people from establishing successful careers. Without stable employment, young people become more vulnerable to psychological disorders. Youth without jobs also stand a greater chance of engaging in alcohol, drugs, and other behaviors that pose a health risk, due in part to the feelings of failure and loathing that overcome them. These negative thoughts also manifest into isolation from family and friends. Even if the depressed gain employment, they are more likely to lose their job within a year.

An unstable employment situation, particularly amid poverty, can take a toll on both young people and those around them. In an alarming report released last year, researchers in the U.K. concluded that “40 percent of jobless young people have faced symptoms of mental illness – including suicidal thoughts, feelings of self-loathing and panic attacks – as a direct result of unemployment.” While suicide is a complex problem that is rarely triggered by one event, research clearly demonstrates a direct link between joblessness and increased risk of suicide among youth. In the years since the global economic recession, unemployment has accounted for an estimated 45,000 suicides annually, according to a study published last month in The Lancet Psychiatry.

Research also suggests that high rates of youth unemployment can exacerbate gun violence, intimate partner violence, and other types of violent crime. A 2012 National Institutes of Health study determined that, in addition to having a greater risk of committing suicide, youth without jobs are also more likely to inflict violence on others, often as a result of stress or in the commission of a crime. Additionally, there has been speculation that poor employment prospects may have driven James Holmes to fatally shoot 12 people and injure dozens more in Denver movie theater in 2012.

Some experts even consider youth unemployment to be a serious threat to national and global security. According to the Combating Terrorism Center (CTC) at West Point, unemployment is one of several key “underlying/root causes” that aid in “pushing” vulnerable individuals onto the path of violent extremism. While joblessness certainly doesn’t cause extremism, it can contribute to feelings of rejection, economic exclusion and political disenfranchisement, all of which are known risk factors for violence and extremism. As one expert explained, “[I]t is easier for militant groups to recruit unemployed youth who see no future for themselves, than those who are in employment. The more young people are able to be employed, the less chances there are that they can be recruited by militant groups.”

The importance of safety nets

Addressing the employment and mental health problem could pose many benefits for young people. More than 10 percent of adolescents develop a depressive order before the age of 18 including depression, anxiety, and conduct disorder. When left untreated, depression counts among the leading causes of disability among people between the ages of 14 and 55 — making it even more important to address the factors that exacerbate it, including lack of employment.

Past research has shown that it’s possible to mitigate many of the negative effects of unemployment and general financial distress through effective policy-making. Unfortunately, the United States isn’t very effective at making those policies — and that’s why unemployed Americans have a higher risk of depression and suicide than their European counterparts. Even though European countries experienced the recession at the same magnitude as the U.S., their robust social safety nets protected the health of the jobless, while Americans didn’t have the same protection.

Public health experts say connecting recently unemployed young people to existing programs that link them to needed services is critical. In addition to the protective effects, developing effective social programs and policies can also enable unemployed young people to be ready to re-enter the labor force as the economy grows. Examples of such policies include extending unemployment insurance, developing temporary health insurance for laid off workers, increasing benefits through the Supplemental Nutritional Assistance Program (SNAP), and ensuring that meaningful health reform legislation is in place at the federal level. Unfortunately, these are also the very same policies that are under attack in the Republican’s newest budget proposal.