Nashville, Tennessee – At 55-years-old, Terry Jo Bichell is a couple of months away from earning a PHD in neuroscience. She says it puts her one step closer to achieving a goal she set out for herself 16 years ago – to cure her son Louis from a debilitating genetic disorder.

A mother of five, Terry Jo had spent her life dedicated to helping woman and children, first as a documentary film maker in Africa and then as a nurse and midwife.

“When I had my fifth kid and he turned out to be diagnosed with Angelman Syndrome I stopped caring about other woman children and other woman’s problems and that is really true.

Angelman Syndrome, or AS, is a neuro-genetic disorder characterized by intellectual and developmental disabilities. It occurs when the maternal gene, UBE3A, is either missing or damaged. That gene regulates the concentration of a protein important to development in the brain.

For more than a decade, Terry Jo sought out researchers and helped fund experiments and clinical trials in the hopes of finding treatments for AS. Over time, she came to the realization that in order to really make a difference in the world of doctors and scientists, she needed to become one herself.

During that time, research toward experimental treatments for AS progressed, revolving around ways to activate the paternal copy of UBE3A in the brain. The experiments proved promising in mouse models. The problem is that even if a drug is successful in activating the paternal gene, the researchers had no viable way to gauge if it is actually working as changes could take months or years to manifest. They needed a litmus test of sorts.

As part of her studies, she started working with Carl Johnson, a professor of biological sciences at Vanderbilt University. They discovered a link between AS and circadian rhythms with mice models showing that the disorder effects the biological clock.

Terry Jo feels her life has gone full circle, back to the days of helping others.

Terry Jo says she will not rest until that day comes. 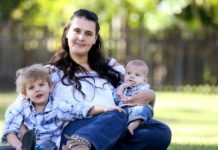 Breastfeeding shame … from her GP 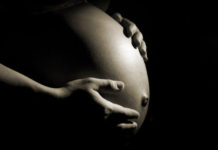